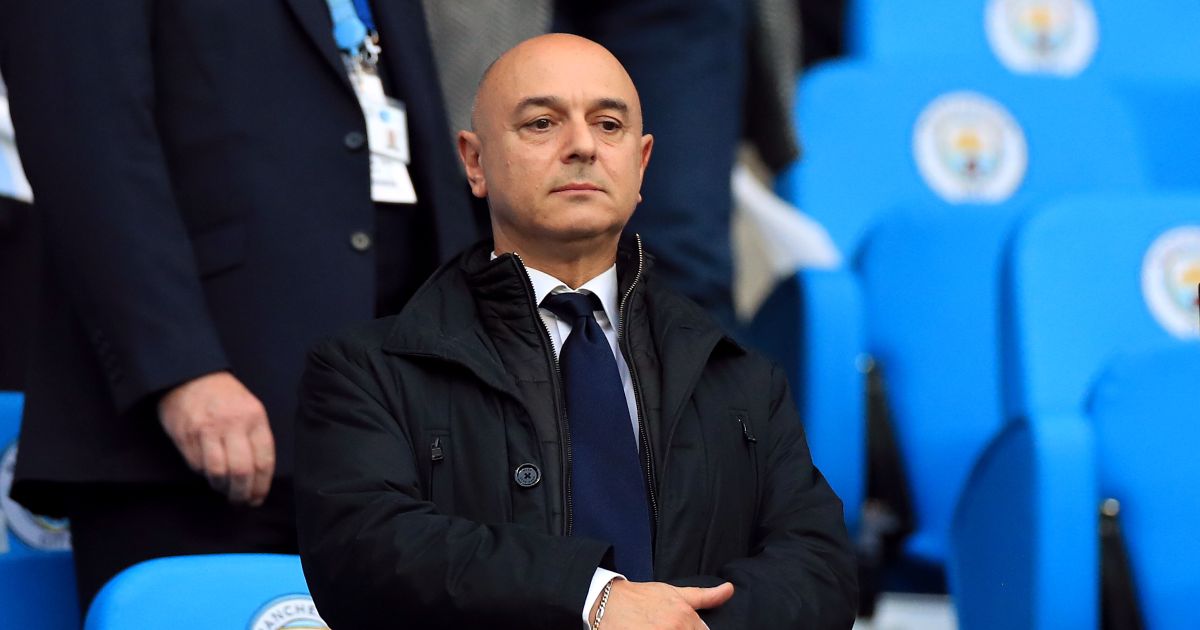 Spurs chairman Daniel Levy is reportedly angry with Harry Kane after he gave an interview with Gary Neville over his future in north London.

Kane’s future is the subject of intense speculation after reportedly telling Tottenham he wanted to leave the club this summer.

Spurs’ fellow Premier League sides Manchester United, Manchester City and Chelsea have all been heavily linked with a move for the England international.

In the chat on Neville’s YouTube channel The Overlap, Kane gave the biggest indication yet that he is ready to leave the club and claimed that he will control his own future.

The England captain, who is 28 in July, still has three years left on his contract and Tottenham have been steadfast in their stance that Kane is not for sale, which means there could be a stand-off this summer.

Speaking to Neville, Kane said: “I think it’s definitely a conversation to be had with the club. I want to be playing in the biggest games. The biggest moments.

“Like, this season I’m there watching the Champions League, watching the English teams in there doing amazing.

“So for sure, it’s a moment in my career where I have to kind of reflect and see where I’m at and have a good, honest conversation with the chairman. I hope that we can have that conversation.

“I want to play in the biggest games ⚽️

“It’s a moment in my career where I need to reflect and have an honest conversation with the chairman” 🏆@GNev2 chats exclusively with @HKane on #TheOverlap, discussing his future, Spurs, England & more 📽️

“I’m sure that he’ll want to set out the plan of where he sees it but ultimately it’s going to be down to me and how I feel and what’s going to be the best for me and my career in this moment in time.

“I hope we have a good enough relationship. I’ve given the club… well, I’ve been there 16 years of my life.

“So, I hope that we can have a good, honest conversation and see where we are at in that aspect.”

And now the Daily Mail claims that Levy is ‘furious’ with Kane over the interview and it has ‘strengthened Tottenham’s resolve to keep hold of their star striker’.

The report adds: ‘Levy is understood to consider Kane’s comments to be disrespectful and is unhappy that the club’s talisman opted to go public just days after news of his transfer wishes was broken by Sky Sports, Neville’s principal employer.’

It was also the timing of the video which ‘irritated Levy’ as it came the day after their 2-1 home defeat to Aston Villa, with the club ‘hoping such conversations could continue in private’.