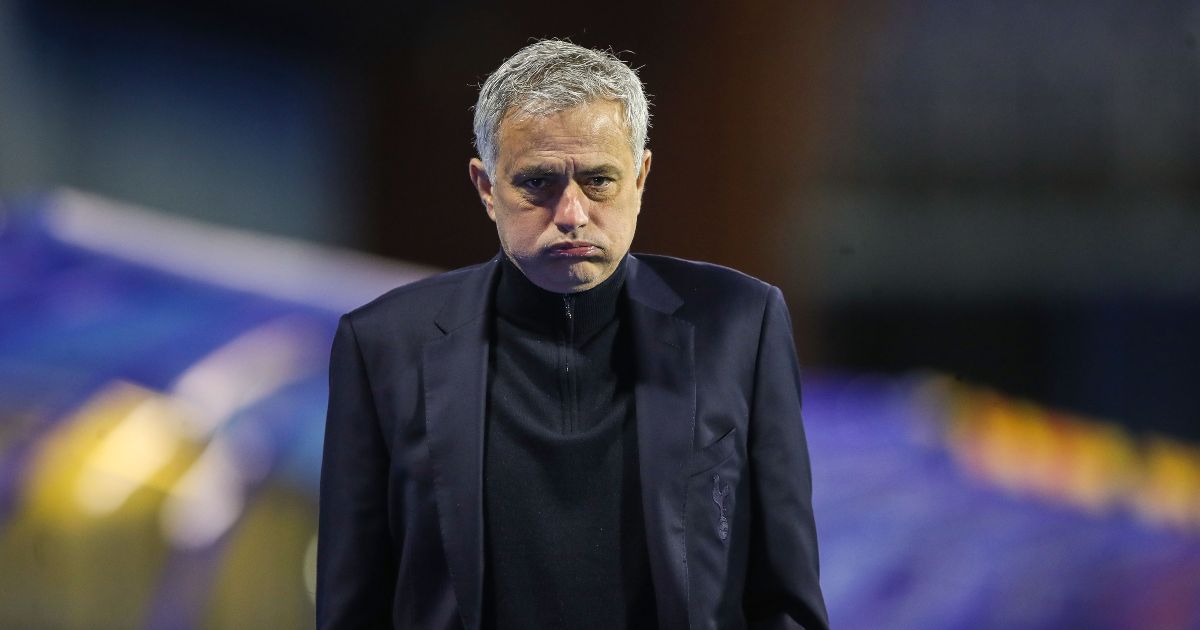 Spurs chairman Daniel Levy will allow Jose Mourinho to carry on for ‘another year’ no matter what happens this season, according to reports.

Tottenham are currently three points off the top four positions in the Premier League, having been talked up as potential title challengers earlier on in the season, while they still have a League Cup final to look forward to in April.

However, there has been recent criticism from fans over Mourinho’s style of play and recent results, including an embarrassing exit from the Europa League at the hands of Dinamo Zagreb.

Mourinho came to Spurs off the back of a mixed spell at Manchester United but his previous record at clubs is exemplary, winning countless trophies with Chelsea, Real Madrid, Inter Milan and Porto.

It now feels like pressure is building on Mourinho at Tottenham with rumours that players are ‘bored and frustrated’ at his training methods and speculation that Harry Kane could leave if Spurs don’t start winning silverware.

Despite that, Football Insider claims that Levy is ‘planning to give Jose Mourinho another year as Tottenham manager regardless of how this season pans out’.

The report adds that the Spurs chairman ‘intends to continue to stand by Mourinho even if the team do not end their trophy drought and fail to secure a top-four finish this season.’

Despite bringing in a number of new faces last summer – including Sergio Reguilon, Pierre-Emerick Hojbjerg and Matt Doherty – it is still expected that there will be a ‘major summer rebuild’ at Tottenham.

Football Insider adds that ‘only a catastrophic end to the season is likely to see Levy change his mind’ with the Spurs chairman keen give Mourinho ‘more time to build his own team rather than manage the one he inherited from Mauricio Pochettino’.

Meanwhile, Mourinho, who recently declared his coaching methods “second to nobody”, insists he can shrug off other people’s opinion and says that is just a part of the game.

“I don’t think anybody is going to discuss rocket science with the guys from NASA, with everybody around the world,” Mourinho said.

“They think they can discuss football with one of the most important managers in the game. That’s the beauty of football. I got used to it. I appreciate that. So that’s fine for me.”