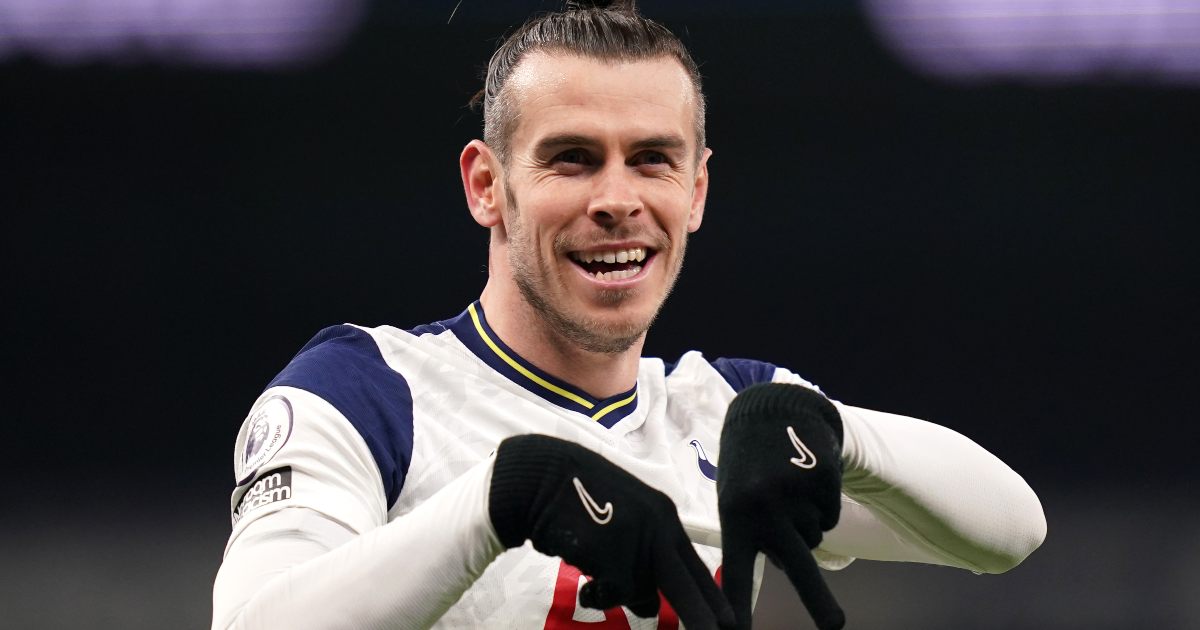 Tottenham will reportedly be in pole position to sign Gareth Bale this summer on a permanent deal.

Bale initially struggled for form and fitness on his return to Spurs, but has scored six goals and claimed three assists since the start of February to revitalise Jose Mourinho’s side.

And Eurosport claim Spurs chief Daniel Levy negotiated first refusal on the Welshman when he arrived in north London on loan in the summer.

The loan deal does not include an obligation to buy Bale – who is currently on a £600,000-a-week deal with Real Madrid – but the option to have first pick over the 31-year-old at the end of his season-long loan is said to have been a crucial part of the agreement.

Madrid are after a transfer fee of between €20million and €30million in the summer, according to Spanish outlet Defensa Central.

Mourinho was criticised for not using Bale for the first half of the season, but according Football Insider, Bale’s lack of game time was part of a long-term plan.

The report claims the Portuguese boss thought the forward could not handle ‘regular, intense football’ and felt a ‘softly-softly’ approach would mean he would be more effective when they ‘unleash’ him in the second part of the season.

When asked why it had taken him so long to show his best form after the 4-1 win over Crystal Palace, Bale said: “It’s taken a bit of time, but I’m experienced enough to know it takes patience.

“Time will tell (if he can reach his very best), but I’m not 21 anymore. Your body changes over time and I’m having to learn that.”

But Graeme Souness was not happy with that interview or Bale’s season return of ten goals, saying:  “We had a conversation about him a few weeks ago. If I’m him at that stage, I’m knocking on the manager’s door telling him I’m ready.”

“We were getting pictures of him sitting on the bench looking uninterested, not bothered and joking with subs.

“We’ve got 11 games to go and he’s been here all season. I just expected more from him.

“I’m an enormous fan of Gareth Bale when he’s playing football. But I want to see more of him.

“Unless he’s got a fundamental problem…those words he came out with at the end there about not being 21 and your body getting tired – we’ve all been 31!”