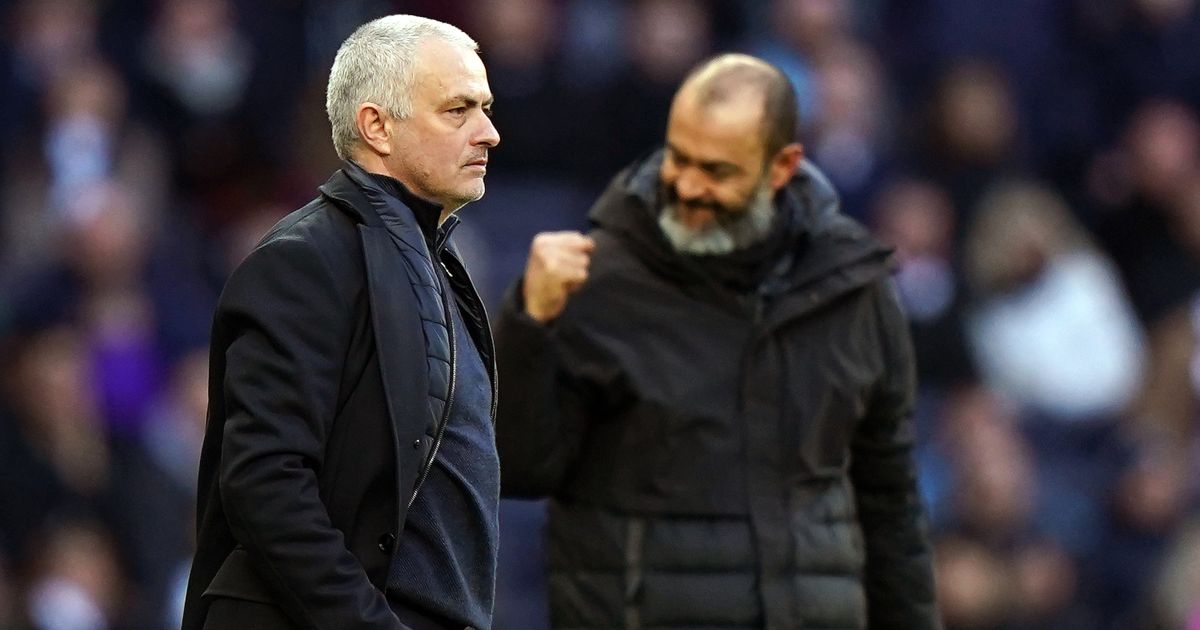 Tottenham could offer Nuno Espirito Santo the chance to leave Wolves for north London if they decide to sack Jose Mourinho, according to reports.

Spurs have been struggling to meet expectations this season after being talked about as potential title contenders earlier in the season.

Mourinho’s men have only won one of their last four matches in the Premier League as they now look likely to miss out on the Champions League next season.

A 3-1 defeat to Manchester United over the weekend means they are now six points behind fourth-placed West Ham with only seven matches remaining.

While Spurs were dumped out of the Europa League by Dinamo Zagreb in embarrassing fashion a few weeks ago as they lost the second leg 3-0, with the Croatian side overturning a two-goal deficit.

Mourinho still has the opportunity to win silverware later this month as Tottenham head to Wembley to face Premier League leaders Manchester City in the Carabao Cup final.

However, the pressure is building on the former Chelsea and Manchester United manager with the possibility that Spurs will end the season without any trophies or a place in Europe for next season.

And the Daily Express claims that Spurs ‘have identified’ Wolves boss Nuno ‘as a potential successor’ to Mourinho if they decide to sack him in the summer.

It is understood that Tottenham chairman Daniel Levy is ‘a major fan of the charismatic Wolves manager’ with the north London club also linked with Leicester City boss Brendan Rodgers and Maurizio Sarri.

The Daily Express claims that ‘qualification for Europe’s major competitions will have a major bearing on whether Levy decides to stick with Mourinho’.

There have been rumours, meanwhile, that Nuno told his agent, Jorge Mendes, ‘to look for another club’ earlier in the season with Wolves suffering from a number of injury issues.

It is thought that any compensation due to Mourinho on termination of his contract would ‘drop if they fail to qualify for Europe’ and that it would set Spurs back £8m to get Nuno out of his contract at Molineux.