Home All The News Lewandowski expects ‘big challenge’ against Arsenal 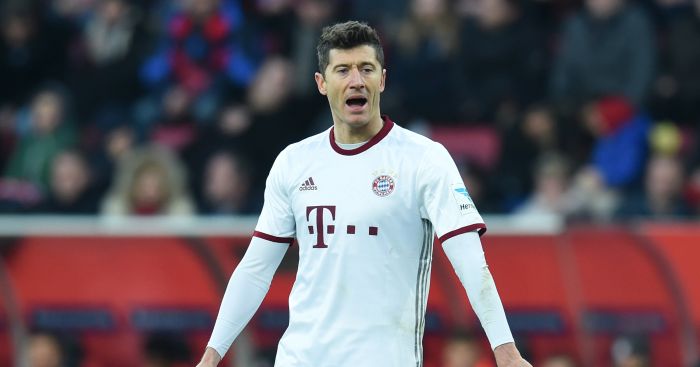 Bayern Munich striker Robert Lewandowski has predicted a tough challenge for his side against Arsenal when they meet in the Champions League on Wednesday.

Carlo Ancelotti’s side lead the Bundesliga table by seven points after Saturday’s 2-0 win at Ingolstadt, but expect a much trickier assignment against the Gunners.

“Everyone’s waiting for this game. It will be a big challenge for us. I hope we can deliver a good performance and play really well here in Munich.

“Arsenal have very good footballers. They know what it means to play in the Champions League. We need to concentrate on ourselves. If we play our game then Arsenal probably won’t get many chances. But we must play well from back to front.”

Franck Ribery, who has been out for two weeks with a thigh injury he suffered in training, could be back on the Bayern bench for the first leg of the last-16 tie, but Ancelotti has cautioned against taking a chance on France midfielder’s fitness.

The Italian told the club website: “It’s a difficult one. We won’t take any risks.”

Ribery trained on his own on Saturday and upped his work-rate on Monday.

Central defender Jerome Boateng is likely to miss the game as he continues his recuperation from an operation on a chest muscle injury, which he underwent in December.