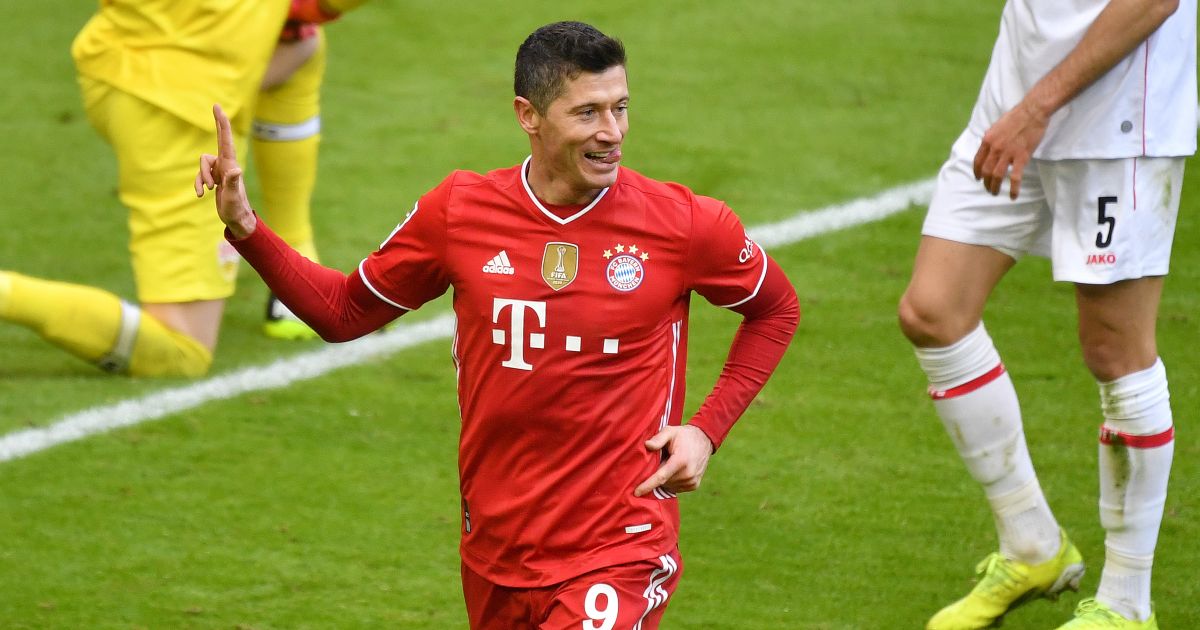 Robert Lewandowski is ‘interested’ in a move to Chelsea after the Blues held talks with his agent.

The Poland striker is thought to be one of Thomas Tuchel’s top alternatives if they fail to complete a deal for Erling Haaland.

Chelsea have spoken to agent Pini Zahavi about Robert Lewandowski, according to Sport Bild. #CFC #FCBayern

And The Sun claim those talks have piqued the ‘interest’ of the Bayern Munich goal-machine – he’s open to a move to Stamford Bridge.

The Bundesliga giants do not want their star striker to leave the club and are currently putting together a new contract.

Lewandowski – who scored an incredible 41 goals in 29 Bundesliga games last term – has been at the Allianz Arena since 2014 and has two years remaining on his existing deal.

Chelsea have been linked with a number of options should they not be able to get a deal for Haaland over the line; the latest is Domenico Berardi.

Berardi impressed at Euro 2020, but is not seen as ‘non-transferable’ by his employers.

The Sassuolo forward – valued at just £34million (€40m) – is on the radar of a number of top clubs in Italy, including AC Milan, and Liverpool are also said to have registered an interest.

Berardi came up through the Sassuolo youth system before moving to Juventus for £4million in 2013.

But the 26-year-old didn’t make a single appearance for the Bianconeri and two loan spells back at his boyhood club led to a permanent return for £9million in 2015.

He’s scored 86 goals and provided 56 assists in 238 Serie A appearances for Sassuolo and started five of Italy’s seven games in their successful Euro 2020 campaign.

He has three years left on his current contract, having extended his deal in October 2019.

Meanwhile, Chelsea’s chase for a new forward has led Timo Werner to consider his options.

The German didn’t enjoy the best of debut seasons in the Premier League last term and would reportedly be willing to leave the club if a new striker is signed.

Speaking about the situation, a 90min source said: “Werner is not unhappy at Chelsea, far from it – but he also knows the club are looking at a new striker so if he has to move on, he is prepared to do so.”