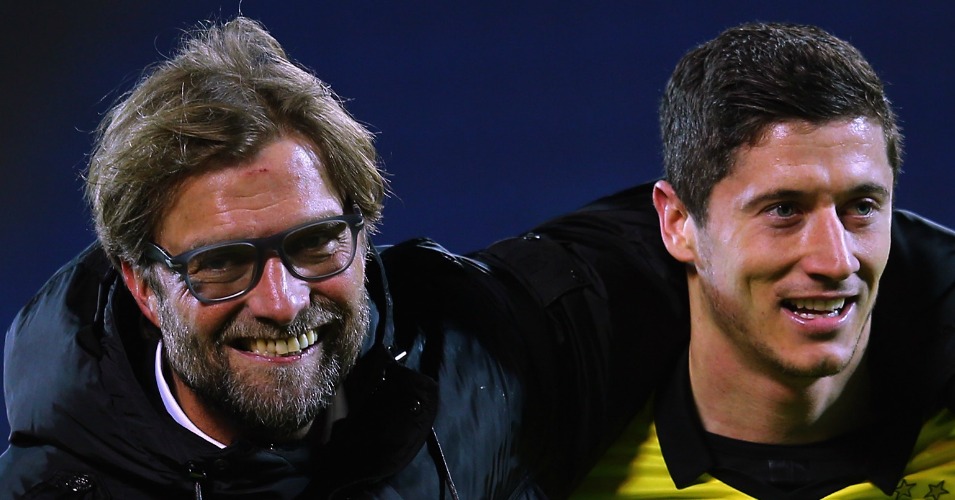 Robert Lewandowski is almost certain to join Liverpool after praising manager Jurgen Klopp and saying the Reds are the “optimal club” for the German.

Klopp has had quite the effect on Liverpool after signing a three-year contract to replace Brendan Rodgers as boss last week – this despite not having managed an actual game yet.

But Lewandowski, who enjoyed an excellent relationship with the manager during their trophy-laden time together at Borussia Dortmund, has joined those in hailing the bespectacled boss, saying he will be a “perfect” fit for the Premier League.

“Kloppo fits perfectly with the Premier League,” the Bayern Munich striker told Goal. “At Liverpool he can make a difference with his positive thinking and sweep the players along with him.

“They will play really well and they will win. I can only wish him the best of luck. I know the team are not playing that well, but Kloppo definitely has an idea of what he wants to do. This is the optimal club for him – and league also!”

Lewandowski’s comments come after the striker was laughably linked with the Reds by Spanish website Fichajes.net, a spurious rumour which, of course, was picked up by the Metro by Thursday.

“He knows that the Premier League and Bundesliga are not the same. He will do things differently and find a new approach than at BVB because it is a different league and he has new players.

“I heard that he put on a show at the press conference – this is Klopp. He has fun and is a great coach, a great guy. I can only wish him the best of luck.”