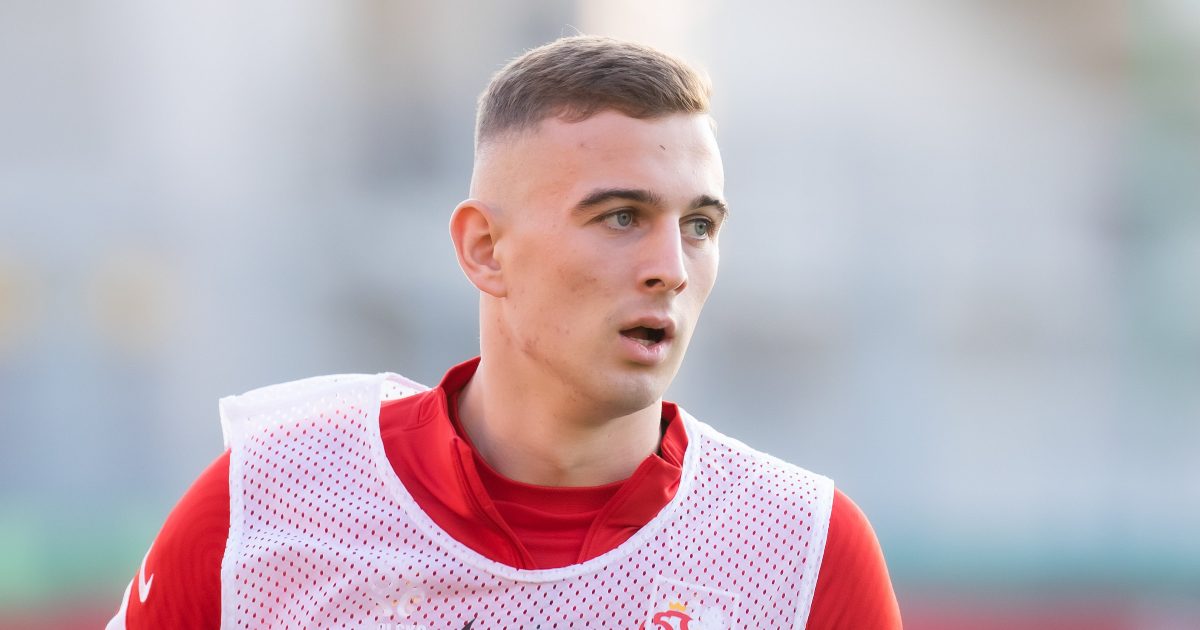 Poland captain Robert Lewandowski has warned Kacper Kozlowski against moving to a club in another country amid his links to Liverpool.

The 17-year-old plays for Pogon Szczecin in the Polish first division. He has already featured 36 times for them at senior level.

It was reported earlier this month that Liverpool were interested in him.

The midfielder received his first senior cap for Poland earlier this year. He has now been capped five times for his country.

Lewandowski has told Polish outlet Sport that the next two or three years for Kozlowski are “crucial”:

“Looking at how he moves, how he looks and behaves, he is definitely older than his passport indicates,” said Lewandowski.

“(He’s) got talent. If he does everything wisely, a bright future awaits him.

“But if you don’t have double-digit goals and assists in the league, it will be difficult for you to break through abroad. Abroad, you cannot play phenomenally once in five matches. You have to show high quality from the very beginning.

“Because if you don’t show that, there are thousands of others ready to take your place. There is not much time to adapt.

“The level that Kacper is already showing is rare. Such experience, sophistication and awareness is rarely found at this age.

Elsewhere, Ally McCoist has insisted that Mo Salah is not Liverpool’s “finest” ever striker:

“Is he the finest striker to [play for Liverpool]? No, he’s not. Kenny Dalglish is, by some considerable distance.