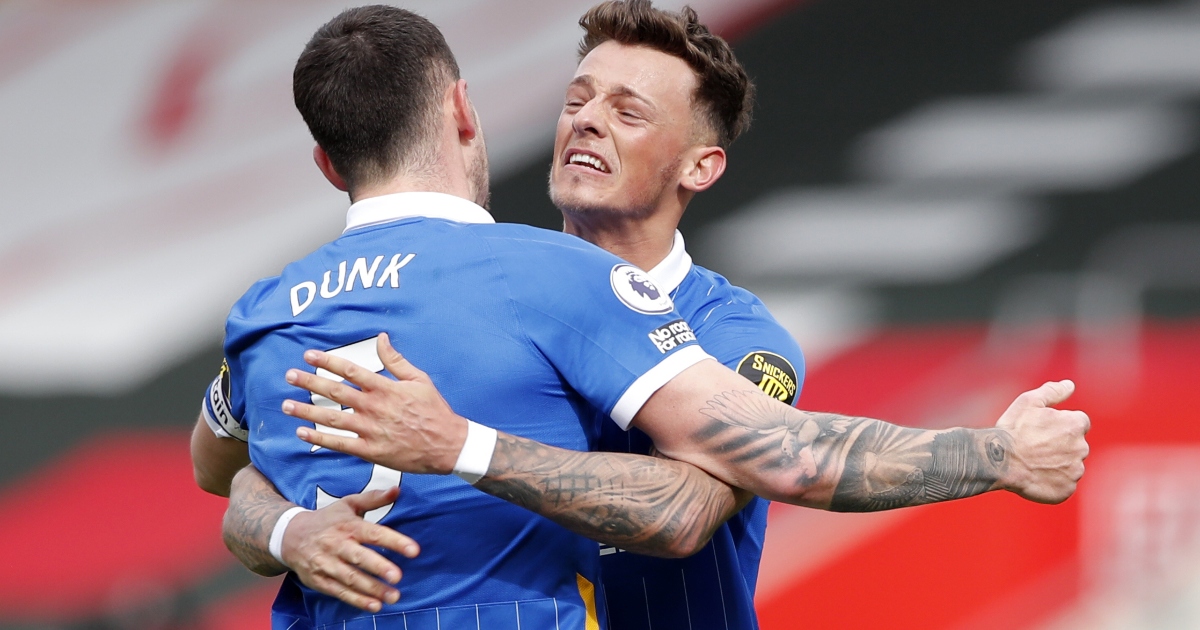 Jermaine Jenas feels Ben White has all the necessary attributes to be a top performer for England, but has expressed disappointment that his Brighton teammate, Lewis Dunk, wasn’t also called up by Gareth Southgate.

White, Brighton’s first representative in an England squad at a major tournament since 1982, was initially on the standby list going into this summer’s European Championships, but after Trent Alexander-Arnold suffered a thigh injury in England’s 1-0 friendly win over Austria, the 23-year-old was anointed as the man to replace him.

The decision evoked surprise in some quarters, given White hadn’t featured for England up until this summer. And while Brighton fans were proud to see one of their own finally being selected for a major tournament, there was also a degree of regret that the merits of Dunk, 29, hadn’t also been recognised by Southgate.

Jenas, who won 21 caps for England, has echoed that sentiment, but cites White’s ability to play in multiple positions as a possible factor in Southgate’s thinking.

He told Sussex Live: “I have to say Lewis Dunk is quite unfortunate. Over the period of time he has played for Brighton he has done more than enough to get the call-ups and get the caps.

“Obviously he spent a period of time watching Leeds and that is why Kalvin Phillips was straight in and Ben White was there during that time as well.

“In addition to that, the 23-year-old has played at various roles under Graham Potter this season. His best performance arguably came against former employers Leeds United when White was deployed as a holding midfielder.

“I think the thing with Ben White is he has played in midfield, he has played at the back, he has got a lot of versatility to his game. He would arguably suit a back three better than Dunky but I agree I think Lewis Dunk is very unfortunate.”