The O’s are set to host the Premier League side in the third round on Tuesday night... 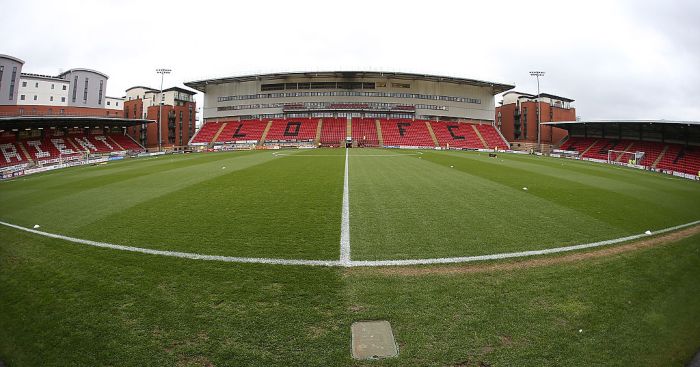 Leyton Orient’s Carabao Cup tie with Spurs is in doubt after a number of players at the Sky Bet League Two club tested positive for coronavirus.

The O’s were set to host the Premier League side in the third round on Tuesday night, but have closed their Breyer Group Stadium and training ground until further notice.

“Following our game on Saturday 19th September, Covid-19 testing was conducted on all of our first-team playing squad,” a club statement from Leyton Orient read.

“Today (Monday 21st) we received formal confirmation which shows that a number of our first-team squad have tested positive for Covid-19.

“We have informed the EFL and Tottenham Hotspur and will make a further announcement regarding Tuesday’s match shortly.”

EFL clubs no longer have to conduct mandatory tests on their players and staff for Covid-19 on a weekly basis, as is still the case in the Premier League.

But, ahead of the midweek tie with Spurs, Orient tested their squad and staff.

The club statement continued: “We have also informed Mansfield Town, Plymouth Argyle and Oldham Athletic, our three most recent opponents, prior to the public release of this information.

We have received formal confirmation that a number of our first-team squad have tested positive for COVID-19.

“Leyton Orient’s priority is the health and well-being of its players and staff. Those who have tested positive will now strictly follow government self-isolation guidelines.

“The Breyer Group Stadium and training ground facilities will be closed until further notice.”

The PA news agency understands there is no protocol in the EFL competition regulations for this eventuality, in terms of whether the match should be forfeited or rescheduled.

The medical team at the EFL is understood to be liaising with club medics and Public Health England over next steps.