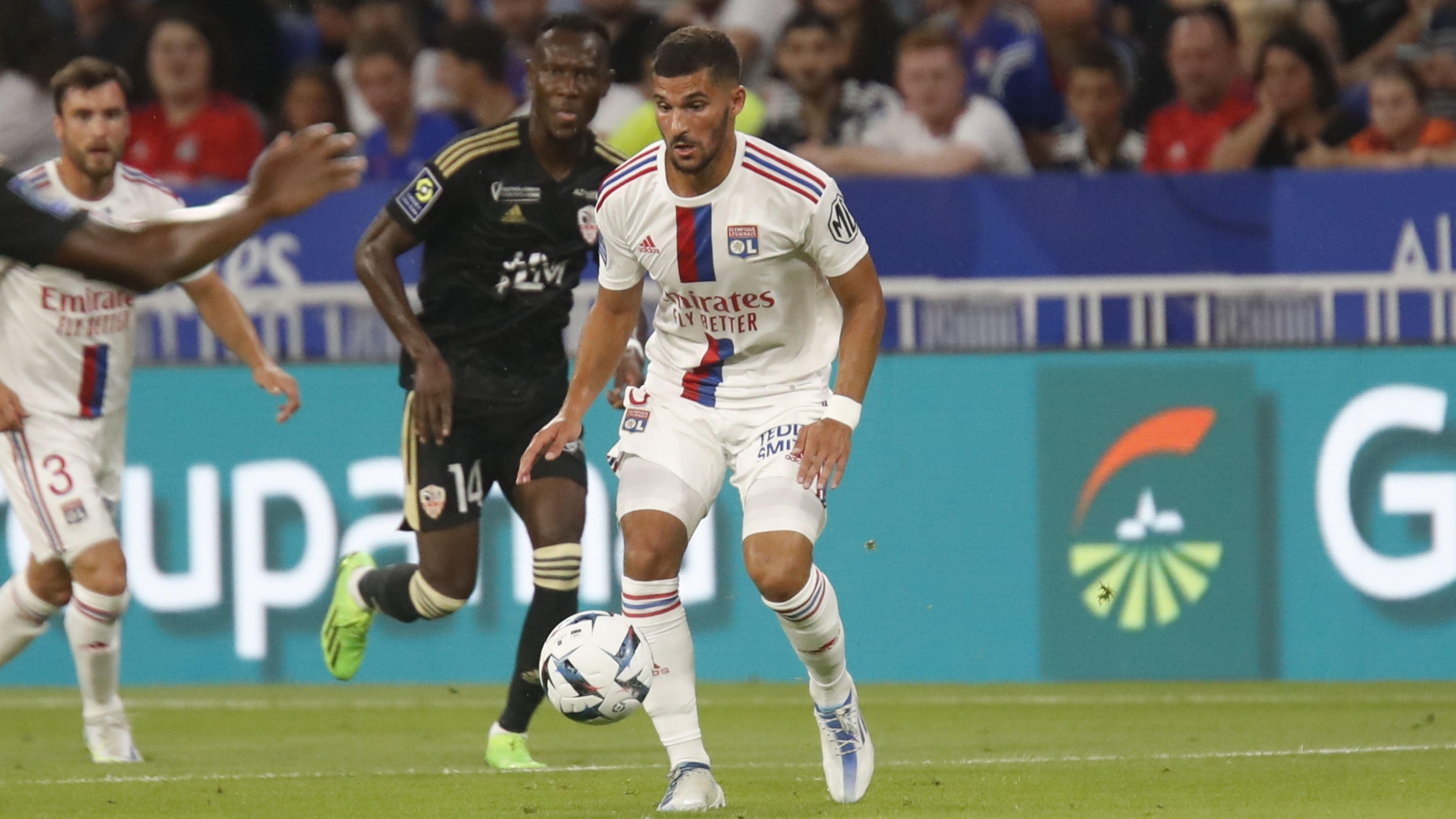 The ‘most concrete offer’ Ligue 1 club Lyon have received for Houssem Aouar has come from Nottingham Forest, according to reports in France.

Aouar has been perpetually linked with a move to the Premier League.

Liverpool and Arsenal have both been interested in the past, though the Gunners’ name has been attached to the player for what feels like the last twenty transfer windows.

The French playmaker’s price tag has dramatically dropped over the years after clubs have opted against signing him.

Lyon reportedly wanted £55million in 2020 before reducing their valuation to £41m, then £20m last summer, and now he is believed to be worth around £12.6m.

Aouar is out of contract next summer and played 30 minutes on Friday as his side began their Ligue 1 campaign with a win against AC Ajaccio.

The 24-year-old has featured 215 times for the French outfit, scoring 40 goals and providing 35 assists.

Arsenal have consistently looked elsewhere despite Lyon’s willingness to listen to offers and this summer has been no exception.

A new central midfielder is not a huge priority for Mikel Arteta, who will likely sign Youri Tielemans if he does opt to sign a player who plays in Aouar’s position.

With a move to the Emirates unlikely to materialise (if it was going to, surely it would have already) it has been reported that Nottingham Forest have lodged an official bid.

This has been reported by French newspaper L’Equipe.

Although a move to the City Ground is ‘not the most anticipated destination’ for Aouar, the Reds have made the most ‘concrete’ offer for him this summer.

Forest have been in talks with the midfielder’s representatives for ‘several days’.

Discussions are expected to continue in the ‘coming days’ after the Premier League side did not quite meet Lyon’s valuation.

The report adds that Aouar is not against a move to England, though the Ligue 1 club have received offers from ‘several clubs’ in the summer transfer window.

Forest have been extremely busy so far this summer as they look to avoid relegation from the top flight.

They may face competition from Leicester City for Aouar, however.

Foot Mercato (via GFFN) claim that the Foxes are ‘actively pursuing’ the 24-year-old playmaker.

Real Betis are also interested and offered William Carvalho (another long-term mythical Arsenal target) but Aouar has a ‘strong preference’ to play in the Premier League.