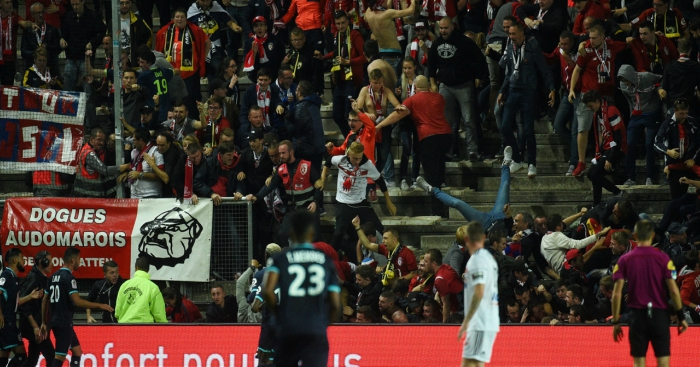 A barrier at the front of the stand housing away supporters collapsed as fans celebrated a goal by Lille’s Fode Ballo Toure, just 15 minutes into Saturday night’s league encounter.

After a lengthy delay the match was abandoned, as emergency services personnel tended to the injured supporters.

“The incident assessment reported 20 injured, of which three were transported to hospital,” Lille confirmed through their official club twitter account.

When the Lille supporters surged to the front of the stand to celebrate their goal, the barrier at ground level collapsed, causing a crush and many to lose their footing.

Referee Thomas Leonard immediately halted proceedings and sent the two teams back to the changing rooms, as the emergency services started to tend to the injured.

A statement from Amiens later added: “The club and all of its leaders wants to express solidarity with the injured Lille fans and their families, with their health paramount.”