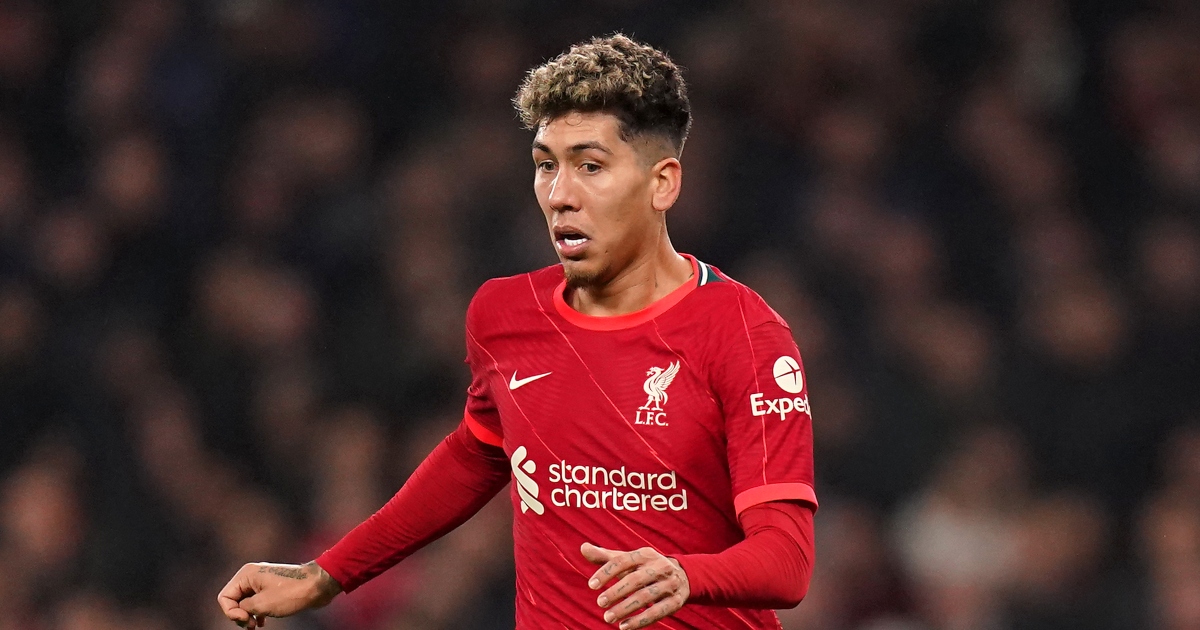 Liverpool assistant boss Pep Lijnders has confirmed that forward Roberto Firmino has been ruled out of Sunday’s Carabao Cup final against Chelsea at Wembley.

The Brazil international has missed the last two matches with a groin injury and will not have recovered in time for the weekend.

“Bobby won’t be available for the final. So far no reaction on the things he has done, the straight line running, change of direction and the ball work he has done,” said Lijnders.

“That’s a good sign. He isn’t ruled out but it still will be a challenge.”

Liverpool rotated the squad a lot on the way to the cup final on Sunday and Lijnders talked about the importance of the whole squad.

Lijnders added: “Look at the best clubs in the world one thing they have in common is this ‘one club mentality’. We go for this game on Sunday with all we have. We will see the fans, hear them, feel them. The whole club, it’s a big compliment, this competition much more than the first-team.”

On his relationship with Jurgen Klopp, Lijnders continued: “Jurgen is so much more than a coach to me. I am grateful and happy how we work together, it’s based on respect and trust and there comes some freedom and opinion with that. I think it’s not just us, more the staff who are in our ears and putting us on the right path.”

On Chelsea and Liverpool’s approach to the final he said: “It gave already so many incredible games. We are going there to compete against the Champions League and we know it will be a tough game. We have to be spot on, but we really look forward to it.

“When we started this project, we came to the conclusion that the way to succeed in English football is to just focus on next game. Our group created that mentality that the next game is a final. So nothing changes here. We always prepare and make the best lineup.”