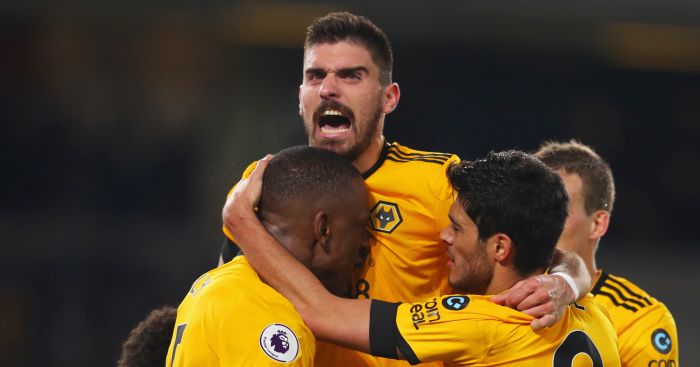 Liverpool assistant boss Pep Lijnders has hinted that the club could be interested in Wolves midfielder Ruben Neves.

Neves joined Wolves in the summer of 2017 when they were in Championship for an eye-watering fee for the second tier of £15.8million.

Despite raising eyebrows at the time, the deal now looks like a bargain, as less than two years on Neves has been instrumental in guiding Wolves to eighth in the Premier League table.

Last year, reports claimed that Liverpool boss Jurgen Klopp was working on a deal to sign Neves, who is under contract at Molineux until 2022.

Portuguese outlet O Jogo (via Sport Witness) went to Liverpool’s Melwood training ground to speak with Klopp’s assistant Lijnders, who was a Porto coach between 2008 and 2014.

The interviewer asked a daring question over the Reds’ reported interest in Neves, Lijnders replied: “(Laughs) I know him very well, his ambition, his passion for the game, his professionalism…I know what he gives to the team and this type of players always interest us,” he said.

“I recognised him when I saw him at Wolves. I saw technique, professionalism; I saw the 2013/14 player I knew.”

Asked if he had contact with Neves, Lijnders added: “Yes, it was a special moment. He’s a man, he’s got a wife, a baby… It’s good to see my boys.”

Neves has previously been the subject of reported interest from both Manchester clubs, with City particularly keen on signing him after missing out on targets Jorginho and Fred last summer, though reports in February suggested he could cost £100m.