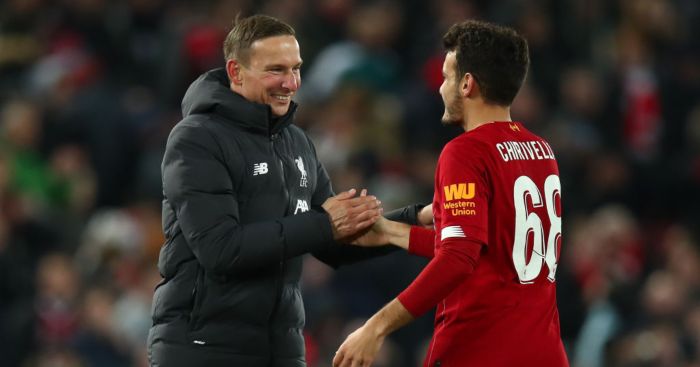 Liverpool assistant boss Pep Lijnders has explained how the club “kidnapped him” in 2014 after holding talks with Manchester United.

Lijnders returned to Anfield in 2018 as Jurgen Klopp’s right-hand man after a brief spell in sole charge of Dutch side NEC Nijmegen.

The Dutchman started off coaching the under-16s at Anfield before his move to the Netherlands, helping the club promote and integrate members of the academy into the first team.

Following a breakdown in talks with Man Utd, Liverpool beat Ajax to Lijnders in 2014 when Michael Beale, the Merseyside club’s academy boss, convinced him to leave Porto for Anfield.

Lijnders claims Liverpool “kidnapped him” at the time but admits he thought it was the “perfect” move for him.

“On the Monday I was supposed to go to Ajax to make the final negotiations with them. I had to call my wife and tell her there had been a change of plan,” Lijnders told The Athletic.

“Michael said: ‘You’re coming in the car to Liverpool with us.’ When Liverpool said I could have the under-16s and under-15s, I thought ‘this is perfect’.”

On Klopp taking over from Brendan Rodgers, Lijnders added: “When Jurgen got announced, I had a good feeling. I thought it would work well but you can never be 100 per cent sure.

“To coach is easy but to know what to coach is much more difficult. Jurgen had a way of coaching and exercises which were close to my own.”