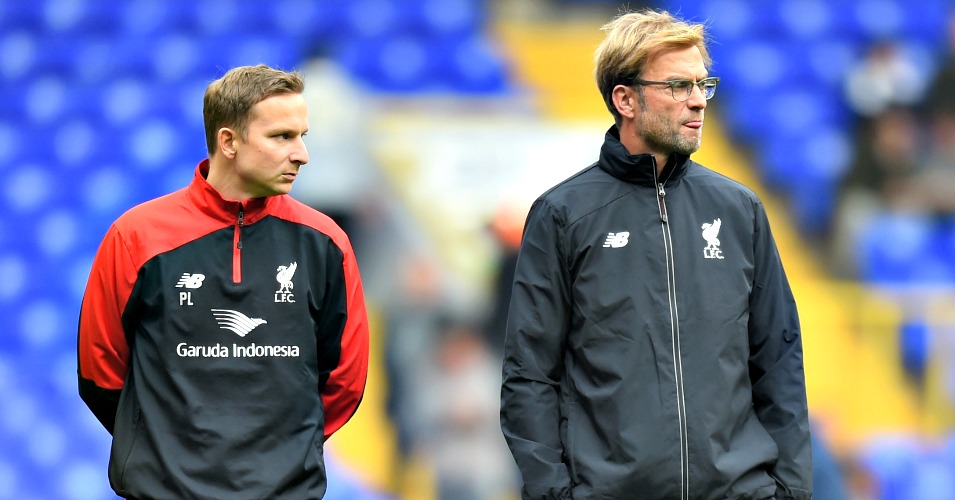 Liverpool coach Pepijn Lijnders says the side have made improvements already under Jurgen Klopp, but admits they are “difficult” for fans to see.

Depending on the fullness of your glass, Jurgen Klopp is either unbeaten or winless in his first three games in charge of Liverpool after three consecutive draws.

The Reds held Spurs to a 0-0 before back-to-back 1-1 home draws with Rubin Kazan and Southampton, leaving a sense of deflation after the German’s grandiose entrance.

However, Liverpool coach Lijnders, who was promoted from his role with the Reds academy by previous manager Brendan Rodgers and was one of few to reprise his role amid Klopp’s clearout of his backroom staff, insists that the improvement is evident at Anfield, just as long as you look hard enough.

“If you have a very good defensive organisation, where everybody knows exactly how to move and how to cover each other, that gives confidence and flexibility when you have the ball,” he told Liverpool’s official website.

“One [aspect] that [Jürgen] tries to implement and that you see is the counter-pressing – so stopping the counter – it’s a very important part.

“The fact that we are organised [and have] what we call attacking balance [means] that we are ready whenever we lose the ball.

“We can win it back as quickly as possible and we can apply aggressive pressure because we have enough bodies around it when we are playing.

“It’s difficult to see in the stadium but our balance is getting better and better in terms of when we are attacking.

“So we are thinking defensively when we are attacking and the other way around as well of course because of the counter-press.”

Asked to discuss Klopp’s main theories and tactics, Lijnders replied: “The moment we lose it we apply aggressive pressure, you see that, everybody wants that.

“That’s a good thing because it makes sure we stay high up the pitch and that’s where we want to play.

“[Fans want to see] Liverpool dominating the game in the opponent’s half, not defending the goal but defending our mid-line.

“The third aspect that you see is [opposition teams] play longer.

“We apply a press in the 4-3-2-1 system and, because it’s so aggressive, the fighting for the second ball is crucial in that part.

“So they are the three ideas I think you see better and better and it gives us more confidence in terms of how we approach the game and how we feel in the game.

“Loads of things to improve of course, as always, but if you ask me the things [Jürgen] is trying to implement in the sessions I think you can see those three things really well.”