Home F365 Features ‘Like a new signing’: The Big Six candidates for the role 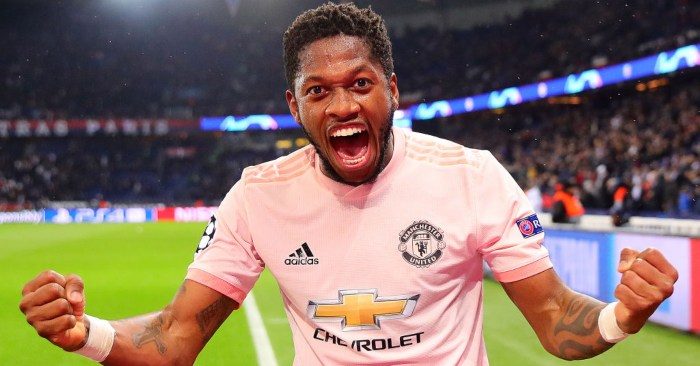 Benjamin Mendy (Manchester City)
‘Return to fitness of Benjamin Mendy feels like a new signing for Manchester City’ was one headline in August 2018 as the French left-back played 90 minutes in the opening-day 2-0 win over Arsenal after his first season in England was destroyed by cruciate ligament damage. But his second season was barely an improvement, with metatarsal and meniscus injuries restricting him to just ten Premier League appearances. The World Cup winner has now been in England for two years and has played just 23 games in all competitions while picking up two title winner’s medals.

There was talk that Pep Guardiola had finally lose patience with Mendy – especially after a season also marred by disciplinary issues that ended with an exasperated Guardiola saying “I’m not his father” – but a recent report in the Evening Standard claimed that ‘Pep Guardiola is convinced Benjamin Mendy is finally over his injury problems and ready to justify his £49million price tag’. Though that did not stop him bringing back Angelino as a fall-back option, mind. Just in case. Best to be safe.

Alex Oxlade-Chamberlain (Liverpool)
We chose Alex Oxlade-Chamberlain but Jurgen Klopp claims he has four in his squad, which he is using to justify spending sod all this summer. It’s a risk. But we choose the Ox because he is actually a prime candidate for the role, having played just 19 minutes of Premier League football last season. After a near-perfect campaign when Liverpool’s only real weakness was a lack of dynamism in midfield, his return is a real tonic.

“If Ox can stay fit – new player for us,” said Klopp, who fondly remembers the 2017/18 season when the Ox created more chances per 90 minutes of Premier League football than any Liverpool regular barring Philippe Coutinho. Last season, James Milner was the only Reds player to create chances at a similar rate, so the former Arsenal man really cannot return quick enough as Milner is now 49. Klopp’s other ‘new players’ for this season? Rhian Brewster, Joe Gomez and Adam Lallana. Lallana? We’re not having that.

He doesn’t sound over-keen. But Tiemoue Bakayoko has no choice but to return because he is a Chelsea player after AC Milan failed to complete a permanent deal after missing out on Champions League football. Oh and Chelsea cannot sign any new players so a returning £40m midfielder really cannot be ignored. Though Frank Lampard said this about the Frenchman in December 2017 when he was being a pundit and being the Chelsea manager really did seem like a ridiculous dream: “He sleeps. His concentration goes and at this level, you sleep for a second and it’s an easy goal for Atletico. I don’t know with Bakayoko. I think it’s well documented that he hasn’t settled quickly at Chelsea and English football in the Premier League as well and he has to come to grips with that.”

Can he ‘come to grips’ quick enough to be ‘just like a new signing’ next season? If not – or if Bakayoko joins either Manchester United or Chelsea – there’s always Danny Drinkwater.

Seeing Bakayoko around still scares me. I can't help it. I guess those horror movie performances are still fresh in my memory. pic.twitter.com/xc8iS4UiQj

Victor Wanyama (Tottenham)
“Wanyama will be like a new signing for Tottenham next season. He managed to stay injury free towards the end of the season and played some much needed first-team football. He was a little rusty, but he can now kick on and start the season fresh. It’s important that he doesn’t push himself too hard as he needs to stay fit for the whole season to really get back on track. If he can do that, then he could be a vital player next season,” said Pascal Chimbonda last week.

Rusty? Wanyama has started just 12 Premier League games in the last two seasons and he admits himself that 2018/19 did not go well, saying last month: “It was a difficult season and I was tired for a long time because of injury. I was hoping to help the team more but it did not work out well.” He describes next season as “a new personal challenge”. The question now is whether Wanyama will be allowed to be ‘like a new signing’, what with Tanguy Ndombele being an actual new signing and being basically brilliant.

Rob Holding (Arsenal)
We will just leave this here…

Many have forgotten the bright start Holding made before injury ended his season.Should start the season at CB pic.twitter.com/S8Ysr6umMb

Basically, Arsenal do not need a new centre-half, after all. Who said they did? Oh, everybody.

Unfortunately, Holding may not be fit for the actual start of the season, but he will surely soon take his place – looking like a new signing – and end an impressive run stretching back to May 2017 of Arsenal games without defeat.

Fred (Manchester United)
Well, that’s what they said in the Manchester Evening Propaganda.

Hopefully he won’t be as shite as when he was an actual new signing.