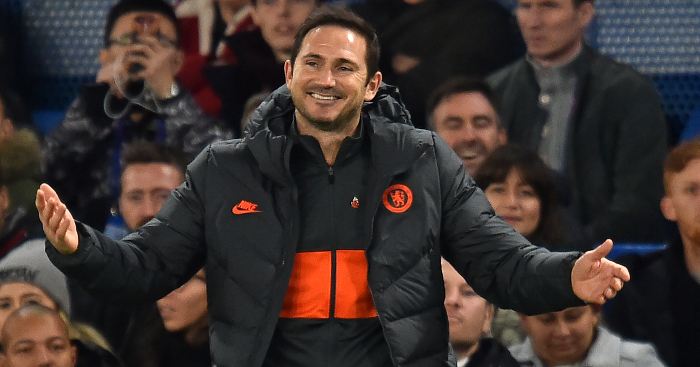 Lille gaffer Christophe Galtier has revealed he will be playing a ‘rested side’ for French club’s clash with Chelsea at Stamford Bridge in the Champions League tonight.

Chelsea need a result to guarantee a spot in the last 16 of the competition with Valencia and Ajax hot on the heels of the Blues.

Galtier insists Lille, who have no chance of progress, will still be competitive at the Bridge, explaining the French outfit will have the “utmost respect” despite the big changes in the Lille starting XI.

Galtier said: “I will tell my players that it’s a privilege to play here in the Champions League at Stamford Bridge against a club like Chelsea.

“I will tell my players that they have to be flawless in how they engage and what they give for this game, because this competition deserves the utmost respect.”

Chelsea beat Lille 2-1 in the reverse fixture, a late Willian strike the difference between the two sides.

Lille have only managed just one point from five Group H matches so far, while Ajax, Chelsea and Valencia are all in with a shout of qualification to the knockout rounds.

With Lille sat in third, Galtier explained he would be focusing on the club’s Ligue 1 campaign prioritising the visit of Montpellier on Friday evening.

The game has huge significance for Frank Lampard, Chelsea are yet to win at home in the Champions League and his golden boys going through a rough patch in the Premier League, losing three of their last four games.

The latest defeat came away at Goodison as Lampard’s side lost 3-1 at the hands of Duncan Ferguson’s Everton side.