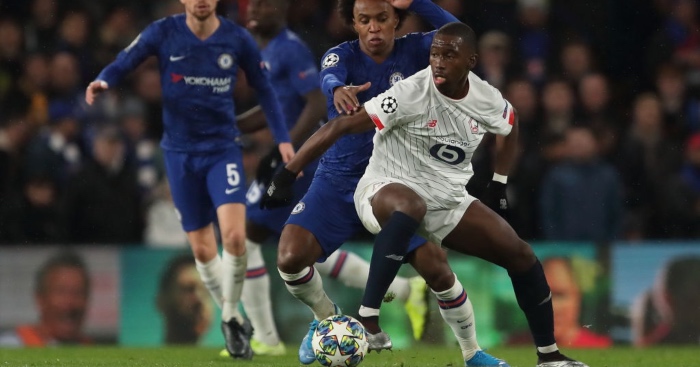 Lille midfielder Boubakary Soumare is open to a Premier League switch amid reported interest from the Premier League. according to reports.

Soumare has been attracting interest from a number of clubs, including United, Real Madrid, Napoli and Valencia.

L’Equipe (via Sport Witness) claims that the emergence of Renato Sanches at the French club means that Lille could be open to offers.

Soumare, who has made 23 appearances in all competitions this season, may not be available in January with a summer move more likely for the defensive midfielder.

The report adds that links to Man Utd ‘pleases’ him with a move to the Premier League his ‘preferred destination’.

If Paul Pogba leaves United then the prospect of a move to Old Trafford reportedly gets more attractive for Soumare.

Lille will be looking for a fee of between €50-60m for the Frenchman although there is no indication in the report of what or when Man Utd will bid.