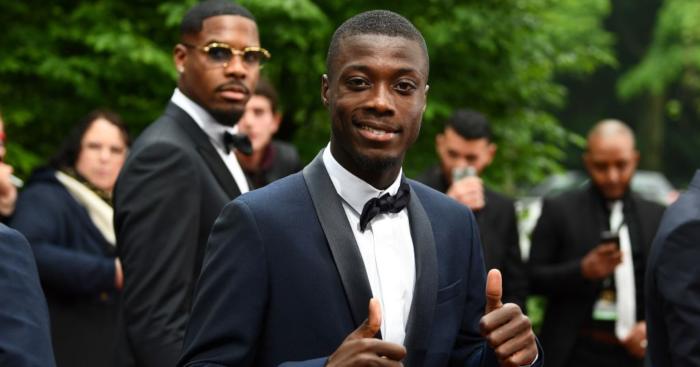 Lille president Gerard Lopez has revealed that Liverpool have had “discussions” with Nicolas Pepe over a potential move to Anfield but not the French club.

In an interview with Get French Football News ten days ago, RMC Sport‘s Mohamed Bouhafsi claimed that the Reds are in talks over a deal worth €80million.

The Liverpool Echo said at the time that the Reds were ‘furious’ over the speculation and had dismissed it as ‘pure lies’.

Sporting director Michael Edwards was in contact with Lille earlier in the month to say there was ‘zero interest’ from Liverpool to make a deal happen and that he was unsure where the reports were coming from.

However, Lille president Lopez has now confirmed that Liverpool have had “discussions” with Pepe‘s representatives.

“I know there have been discussions with the player, not with us as a club,” Lopez told RMC Sport.

“Liverpool have players in those positions and I read that maybe there were players who could leave, or not.

“I am not particularly focused on Liverpool. But it is true that there have been discussions with agents.”

While Lopez admitted that the club have had two offers for Pepe, he added: “We had two offers before the Africa Cup of Nations. We’ll see after that, my position was to see if we could not do something before it, we had two proposals before it, I had two clubs.”