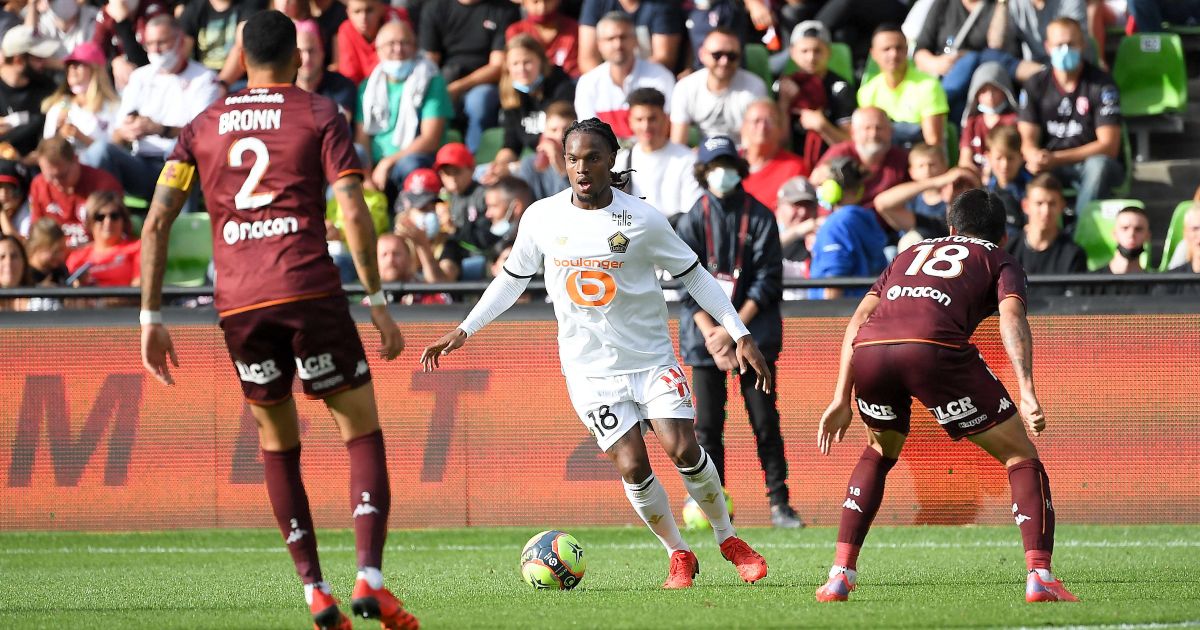 Lille midfielder Renato Sanches could be on his way to Premier League club Liverpool this summer, according to one journalist.

Sanches won the Young Player of the Tournament at Euro 2016 with Portugal, before earning a move that summer to Bundesliga giants Bayern Munich.

It was a case of too much too soon for Sanches, who only made 53 appearances over four seasons for the German club, while he had a unsuccessful loan spell at Swansea City in the Premier League.

However, since moving to Lille permanently in 2019 his career has taken off again, helping the French club to the Ligue 1 title last season ahead of Paris Saint-Germain.

Sanches has had a consistent run of matches over the last two seasons and is once again showing why he was touted as one of the hottest prospects in world football.

That form has reportedly attracted interest from Liverpool and Mohamed Toubache-Ter, who Sport Witness refer to as a ‘reliable journalist’, thinks the Portugal international could end up at Anfield this summer.

Former Liverpool defender Jose Enrique was pleased when it was claimed earlier in the summer that Jurgen Klopp could want to bring Sanches to Merseyside.

Enrique posted on Instagram: “He [has] always been a great player. If I’m not wrong he was named best player of the under 21 tournament that he was involved.

“The problem he had is like many young players he had everything too quick and until he settled it took him few years but it looks like the type of player that I believe Klopp can help him become a world class player.

“This is the man I want to replace Gini. He steps up on the big stage. Still only 23 and he just won the league with Lille.

“This man is an absolute engine & knows how to dictate a midfield like Gini did. He’s physically a level above others, he seems like a perfect fit for Klopp. He also has that creative aspect which Gini had.”

And around the same time former England and Tottenham goalkeeper Paul Robinson echoed Enrique’s thoughts, tipping Sanches to be a good signing.

He said: “You see [Wijnaldum’s] performances and the goals he’s got in the Euros, he’s going to be a real miss for Liverpool.

“I think Sanches can do that job. He’s a top-class player. But you look at Liverpool and you worry that they don’t have the finances to invest.

“I personally think they have missed a real trick by not signing Wijnaldum to a new deal.”