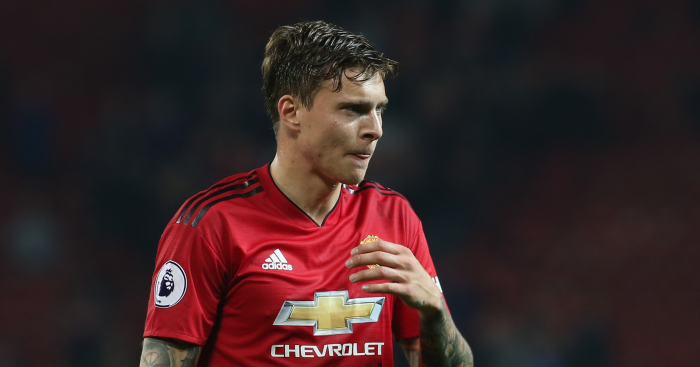 Victor Lindelof says his back injury has meant he’s “struggled through matches” for Manchester United “for weeks”.

The Sweden international was blocked from joining up with his national squad for their clash with Denmark on Wednesday due to coronavirus concerns.

And the 26-year-old will be happy for the brief rest as he’s been playing through pain for United.

“The back feels okay,” he told Fotbollskanalen. “I’ve been having problems for a few weeks. I’ve struggled through the matches there’s been.

“It’s nice that I got a few days off now where there has only been treatment and I really tried to rest.”

Sweden and Denmark were significantly depleted in Copenhagen with both sides fielding weakened lineups as top players shied away due to fear of being held in quarantine.

Lindelof is back in contention for the upcoming Nations League ties against Croatia and France, but United will no doubt be concerned amid his ongoing injury problem.

The United centre-back added: “It [my back] felt good in training today. Hopefully there should be no problems. If they want me to play, I will try to play and see how it feels. Then after that we will see how the back will be.”