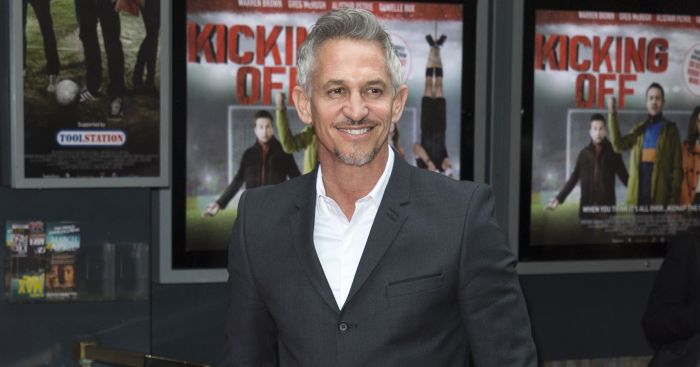 Former England international Gary Lineker has hit back at The Sun after the newspaper called for the Match of the Day presenter to be sacked.

Lineker has showed compassion for refugees via his Twitter account in recent days and had also criticised the “racist” and “utterly heartless” treatment of refugees.

The former Spurs striker had previously accused The Sun for peddling “lies” over the child migrant crisis in the Calais ‘Jungle’ and on Friday the newspaper led with the headline “Out on his ears” in reference to calls for the presenter to lose his job over his comments.

Lineker has received overwhelming support via social media and responded to criticism on his own Twitter account.

“Getting a bit of a spanking today,” joked Lineker, “but things could be worse: Imagine, just for a second, being a refugee having to flee from your home.”

Getting a bit of a spanking today, but things could be worse: Imagine, just for a second, being a refugee having to flee from your home.

A BBC spokesman told The Sun: “Gary is a freelance broadcaster and this is a personal Twitter account.”

Some Tory MPs have questioned Lineker’s suitability for his role at the BBC with Alec Shelbrooke saying: “He needs to decide if he’s a political activist or BBC sports journalist – he can’t be both.”

However, Lineker has had huge backing including tweets of support from the likes of ex-Liverpool striker Stan Collymore and politician George Galloway.

The S** stirring the pot to get @GaryLineker for "lies" about immigrants.

Slightly overwhelmed by the support on here today to be honest. Thank you.