Home Uncategorized Lineker pokes fun at The Sun before MOTD 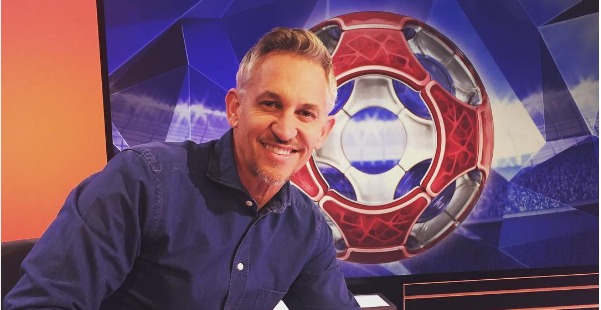 Gary Lineker poked fun at The Sun newspaper for calling for him to be sacked before Match of the Day on Saturday night.

After criticising The Sun’s coverage of the migrant crisis, the newspaper called for Lineker to be sacked for ‘peddling lies’, apparently after losing their self-awareness-ometer.

On Friday the newspaper led with the headline “Out on his ears” in reference to calls for the presenter to lose his job over his comments.

“Getting a bit of a spanking today,” joked Lineker, “but things could be worse: Imagine, just for a second, being a refugee having to flee from your home.”

Although Lineker did not make reference to the furore on Match of the Day, he did post a picture on social media reminding his critics that he was “Still here, folks”.

Getting a bit of a spanking today, but things could be worse: Imagine, just for a second, being a refugee having to flee from your home.

Slightly overwhelmed by the support on here today to be honest. Thank you.

bbc sport Gary Lineker Match of the Day The Sun