Home Mailbox Why Lingard would be perfect for Mourinho at Spurs 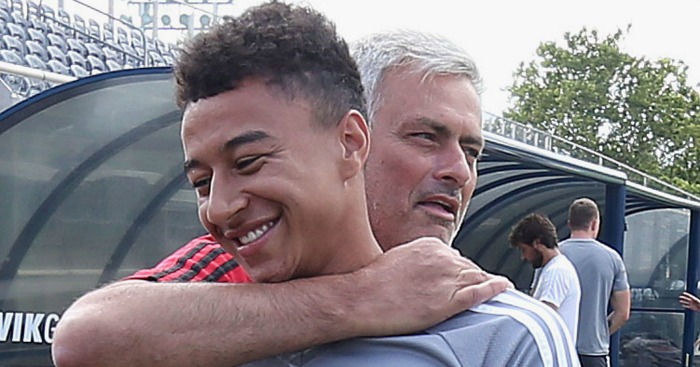 Liverpool complacency
I find Chris’s suggestion that dissenting voices are losing their mind over Liverpool to be another example of blind, partisan fandom.

Of course all Liverpool fans are happy to find the team on top of the league, however, recent mails are simply asking questions of the current issues facing the team.

You can of course view being 3 points clear to be excellent but let’s put it into context. Needless points have been dropped due to poor game management.

Of course Liverpool have been in the doldrums for almost all of my life and I appreciate the current run, but it is perfectly reasonable to ponder as to why players are not substituted when clearly playing badly. Recently OGS was being savaged over a failure to read games and make substitutions, the same questions should be asked of Klopp in these current poor performances.

It is great that Liverpool’s kids are getting games, however, it shouldn’t be the case that a team looking to genuinely contend for the European and premier leagues titles is reliant on kids.

It’s great that Fabinho is playing well at CB and I enjoy the jovial suggestion that he is the best CB in the league, however, poor squad management means that he is ultimately out of position, 30 yards further back the pitch.

When Klopp fought Keane and BT over sloppiness and fixtures, I could be content that Klopp is fighting the narrative. However, Keane wasn’t wrong in his idea as Liverpool have been sloppy. All the talk about fixture congestion and player welfare, Klopp played Salah and Jota in a dead rubber European game with Jota being injured.

If OGS pulled this and let’s say Rashford or Bruno were injured,  there would be legitimate outrage.
On 17 January, a United team growing in confidence are going to be bopping at the idea of destroying that high line. So in a very tight title race, surely it is reasonable to worry about a real danger.
Is Robertson a wonderful player? Yes. The Roy Keane in me would prefer he was not publishing books as it suggests a deviation from the bigger goal. Give me books in 15 years when it’s all over.

So, are Liverpool becoming complacent? Are the murals and hype and glory eroding the quality of application to games against lesser teams.

Thiago, a man with something to prove as a new player, came on and was on a different level to the rest of the team. Does that say to us that he is on another level or that these players need to refocus on football?

I am loving the current run and take nothing for granted.
Jamie, Eire

J Lingz to Spurs
As the winter transfer window is upon us, I think this would be a good time for J Linz to join J Mou at T Spurs.
Lingard will fulfil Mous brief of being defensively active, and will also fulfil the man marking job Mou requires in most of the big matches.
Then again it may be best for Lingard to leave the country and try his hand in Italy or Spain.
Ryan B

You took my apple argument, turned it into an orange argument, presented it with a “Hmm, I’m so clever tone” and thought yours was valid. It wasn’t. It was as vapid as it pretended to be virtuous.

Remember when John W. Henry openly criticised Arsenal on social media? That was just some cheeky banter… that was okay, right? No mewling in the media over that.

Conte has pushed back, calling Redknapp and Neville “stupid” – There was no uproar. You’re telling me a Twitter account has more sway than the manager? Do me a favour!

Oxlade-Chamberlain publicly questioned the criticism he got. It is okay to do. Where is this mythical law that says anyone has to stay quiet? Why can’t they have an adverse opinion?

All I hear is “That’s not the way to do things.” Utter nonsense. Leeds United stated facts and exercised their civic right. Deal with it and stop being pathetic snowflakes.
Joel Sparks, Flintshire

FA fuss over nothing
As a United fan I’m not the least bit surprised to see Cavani banned, and actually think the way the club has handled it has been pretty good. Obviously we support the efforts to eliminate racism and don’t want to be seen in any way against this. So the FA pretty much set United up to accept their decision.

There’s actually a very similar case in the states where a professor of communications has essentially been banned for using a term that resembles the N-word, despite using it completely correctly in context (https://www.bbc.com/news/world-asia-china-54107329). The fallout from this is bascially that the sensitivity of the students’ feelings is paramount.

It’s exactly the same thing here. The FA have to address fuss. They exist to respond to the media, and so have to act, because this ‘issue’ offended, well someone. I guess Troy Deeney, who I assume is taking classes and now knows racist words in every language on Earth, and how to avoid any English ones that are similar.

So here’s one I’ve run into personally: next time a player makes a reference to having a cheeky cigarette, but using the British colloquial term, shall that be deemed worthy of banning for offending North Americans – where the word is very offensive?

Or does this only work in one direction? Or only if enough people complain? We all know the answer to that.
Ryan, Bermuda (go check how many minorities are on the FA exec)

Overly familiar fans
I could not agree more with Dr Oyvind, Earth and his nomination to have the crayon chewing, name initializing “lads” included in Prick of the Week, and I throw my considerable weight (including Covid and Christmas stones) behind his proposal.

I would like to add in another cohort of people, and I might be generalizing here, of those who refer to players in overly an overly familiar way. You know the type, its generally when they write about Bobby, Trent, Fabby and The Ox, as if they go way back.