Home F365 Says Lingard to Everton: the most predictable transfer rumour of all time 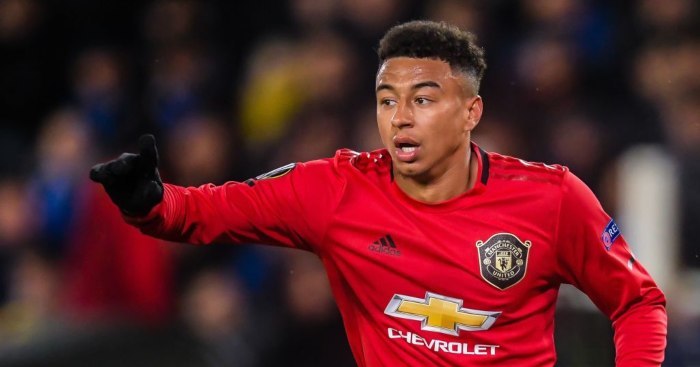 Jesse Lingard being linked with a move to Everton feels significant. Not because it would represent a particularly good or bad move but because it feels like we’re rapidly approaching some kind of transfer rumour singularity here.

It just absolutely stands to reason that Everton are going to sign someone who isn’t quite good enough for Manchester United. That’s what Everton do. And if they aren’t actually interested in signing Lingard then you’d still say they were anyway because it just all makes sense, doesn’t it?

Once someone mentions the idea of Lingard to Everton, you actually find yourself surprised that he hasn’t in fact been there for a season and a half already with seven goals to his name from 48 games. Could be enough to get him back in the England reckoning.

Stats aren’t everything, but Lingard is without a goal or an assist in his 20 Premier League appearances this season. Not even Ole Gunnar Solskjaer’s fondness for quintuple substitutions is getting Lingard any minutes right now – he’s not made a Premier League matchday 20 since United’s first game of Project Restart at White Hart Lane 2.0 and has played two minutes of league football since January. It’s one thing to have fallen behind Paul Pogba and Bruno Fernandes in the pecking order, another to be so firmly behind Nemanja Matic.  Frankly, Lingard might as well have been at Everton for the last 18 months.

I challenge you to come up with a more predictable transfer rumour than Jesse Lingard, fringe Manchester United player and sometime England international, to Everton, perennial Premier League underachiever and welcoming home for those not quite good enough to shine at the Big Six.

And if you answered “Jesse Lingard, fringe Manchester United player and sometime England international, to David Moyes’ West Ham, perennial Premier League underachiever and welcoming home for those not quite good enough to shine at the Big Six” then you still lose because that one’s happened as well this week with the added bonus of some Phil Jones thrown in for good measure. It must be the huge success that Moyes had with his United raids for Paddy McNair and Adnan Januzaj at Sunderland that has him keen to go back for more.

Everton, though. That’s the real place when you’re not quite good enough for Manchester United. Cleverley, Gibson, Schneiderlin…Sessions. A group designed to thoroughly debunk the myth that you have to be pretty good to have played a number of games for Manchester United. Wayne Rooney, to be fair, was pretty good but even his emotional return to Everton could hardly be called a great success.

The Toffees also tried to sign Marcos Rojo in January, because of course they did.

And it’s not just United who have managed to use Goodison Park as a dumping ground; Arsenal have also successfully offloaded Theo Walcott and Alex Iwobi on a club that should frankly by now have learned their lesson.

All right, Romelu Lukaku from Chelsea we’ll give you. That one was pretty good. But it was also six years ago now. The failures are more frequent and more recent.

Enough’s enough now, surely. If Everton’s plan is to bridge the gap between them and a splintering Big Six – and hiring a manager of Carlo Ancelotti’s calibre is a pretty clear indication that it is – then they’ve got to do more than signing their cast-offs, has-beens and never weres. Leave that sort of thing to West Ham.