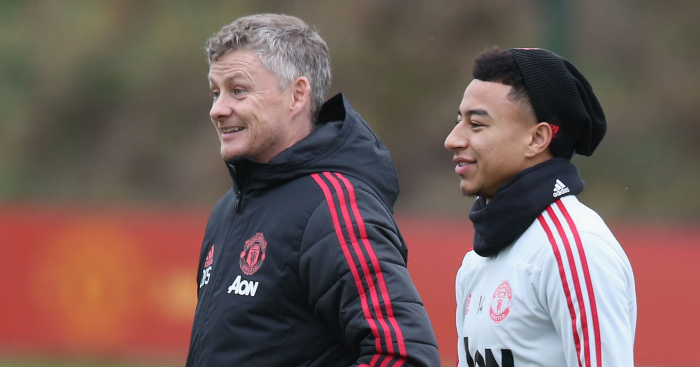 Lingard has been one of United’s best performers since Solskjaer was appointed interim manager in December.

The 26-year-old has scored three goals and assisted two in six starts under the Norwegian, and netted in the 3-1 win over Arsenal.

After being described as “a prime example of everything that’s wrong at Manchester United” by Paul Ince last month, Solskjaer has hailed Lingard as someone who “knows this club”.

“Jesse’s got energy, a steel about him,” he said.

“He can play in different positions; in a midfield three, up front, either side [wing], and he knows this club.

“Sometimes in training you see him and Marcus linking up with Mason, Chongy, the young kids. It’s lovely to watch.

“When he made his debut with me in the reserves, against Burnley reserves, he was a tiny little kid. He was only playing because he wasn’t picked for an FA Youth Cup game the day before.

“I’m so pleased for him; his development has been fantastic.”