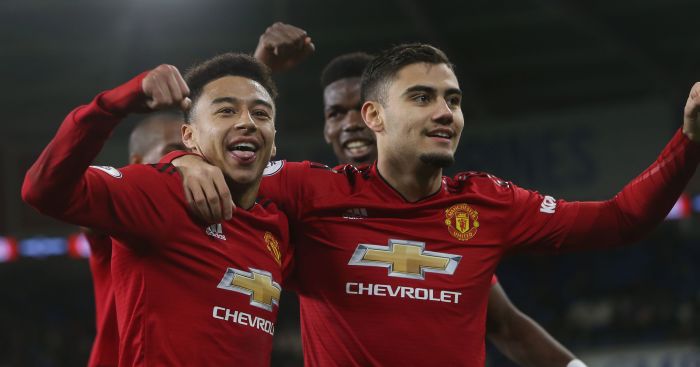 Manchester United winger Jesse Lingard has discussed bad results in the aftermath of Jose Mourinho’s sacking from the club.

Ole Gunnar Solskjaer has steadied the ship since his arrival as caretaker manager with back-to-back wins against Cardiff and Huddersfield giving Old Trafford a boost.

In the weeks leading up to Mourinho’s departure from the club, the Red Devils had only managed two wins in eight matches in all competitions.

When asked about bad results, Lingard told the Premier League: “Yeah of course it affects you.

“But on the other hand you’ve got to live your life I guess.

“I mean in some games you’re not going to play well every game.

“It means you have some dips but when like I said it’s back to basics, that one-two touch, run and tackle, do the things off the ball maybe when you come to the training pitch.

“That’s your job that you’ve been doing for all the years building up and what you want to do in the future.

“So as long as you put 100 per cent in week in, well out, I don’t think anyone will say anything different to that.”