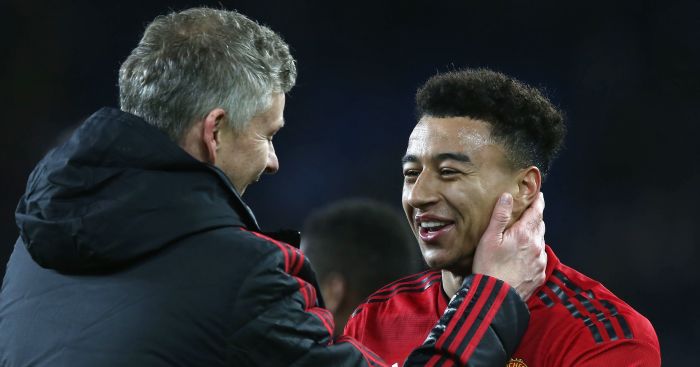 Jesse Lingard thinks Ole Gunnar Solskjaer has brought back the “old school” Manchester United since taking over as interim manager.

The Norwegian replaced Jose Mourinho in December and has guided the Red Devils to nine victories in his first 10 matches in charge of the club.

That run of form has seen many tip Solskjaer to get the role permanently in the summer and Lingard has explained how the club has changed since his arrival.

“Solskjaer and Mike Phelan have brought back the old school Manchester United . They know the league and the club inside out so to pass that on and get us playing how we are has been perfect,” Lingard told the Daily Mail.

“Solskjaer is doing very well. Nobody can fault him. He has taken a lot on but he already knew what he was doing when he came in. He got the players backing him straight away.

“He told us there are big expectations and pressure at this club but we have to deal with it and play like a real United team. We will challenge for the title next season if we carry on how we are now.”