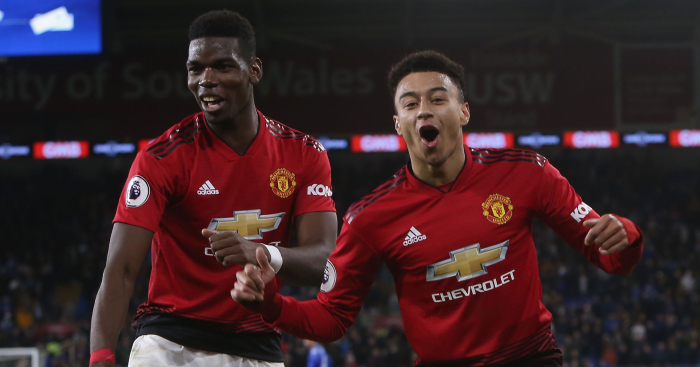 Jesse Lingard wants to ‘put on a show’ at Tottenham as Ole Gunnar Solskjaer’s Manchester United look to continue their excellent recent form.

Caretaker manager Solskjaer has emulated Sir Matt Busby’s five-match winning start to life at the helm in all competitions, although the level of opponent has yet to provide the 1999 treble hero with a genuine test.

Sunday’s Wembley clash with Tottenham is sure to be their toughest match to date, but Lingard expressed the confidence around the United squad after bonding further on a warm-weather training camp in Dubai.

“It’s going to be tough but, with the run we’ve been on at the moment and the form we’ve had, we back ourselves 100 per cent,” Lingard said.

“So, we go there with the full intention of winning and getting the three points. We’re on a great run at the moment, so to carry it on against Tottenham and to get the win would be perfect.”

It is also a chance for United to exact revenge after Spurs boss Mauricio Pochettino – the favourite to takeover at Old Trafford next summer – oversaw an eye-catching 3-0 win at Old Trafford in August.

While it was Mourinho’s biggest ever home defeat as a manager, there appears to have been little lasting negative impact on those that played.

Lingard started that loss but the renewed positive emphasis under Solskjaer means entertainment is his main focus.

He told MUTV: “It’ll be exciting. Obviously, as a Man United team, we’re there to entertain and get people off their seats, so that’s what we’ll be looking to do.

“They are always exciting games (against Tottenham). They have always been entertaining so hopefully we can put on a show and put on a performance.”