Lionel Messi has had about enough of Quique Setien. He reckons Marcelo Bielsa would be 'the ideal solution'. 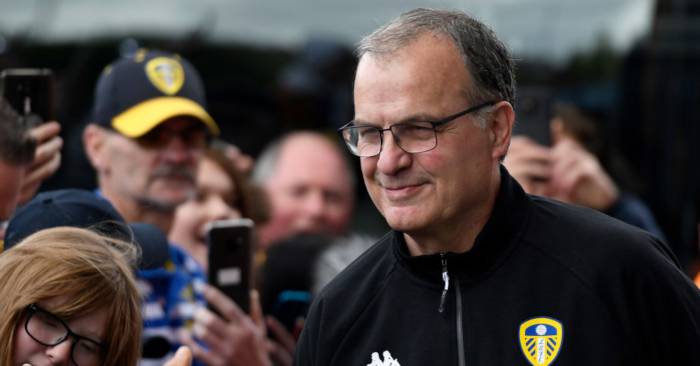 Barcelona could try and lure Marcelo Bielsa from Leeds at the behest of Lionel Messi.

Bielsa has emerged as a potential candidate to take over from Quique Setien at the Nou Camp, the 61-year-old having struggling since his appointment in January.

Barca must win the Champions League to avoid ending the season without a trophy of any kind for the first time since 2007/08.

Their last-16 tie with Napoli is level at 1-1 heading into next month’s second leg, but Messi is already attempting to encourage the club to ‘snatch’ Bielsa from Leeds.

The Argentinean’s Elland Road contract will expire next week and negotiations were started over an extension on Thursday after the club’s promotion to the Premier League as winners of the Championship.

While the excellent Phil Hay has claimed that Leeds ‘do not expect any trouble on that front’, interest from Messi and Barca could complicate their plans.

The Sun report that Messi wants his club to ‘snatch’ Bielsa from Yorkshire and ‘go all out to try to tempt’ to Spain.

Messi has endured a ‘strained relationship’ with Setien and feels Bielsa would be ‘the ideal solution’ as the club seeks to rebuild in the wake of Real Madrid’s La Liga title win.

There is a belief that the manager’s philosophy, often championed by Pep Guardiola, ‘would work well’ at Barca, and while ‘no contact has been made’, the mere suggestion ‘will set alarm bells ringing’ at Leeds.

Whereas before they had been ‘relaxed’ about his future, they may now show ‘some urgency’ to ensure Bielsa stays for a third season.

The manager was at pains not to “put the focus on me” after the club’s final game of the season, adding: “I think everything linked with me, right now, it’s not the moment to talk about this.

“It’s a moment to say thanks to our players. To give this achievement to our supporters. Say thanks to the club and the authority for all they allow us to do.”