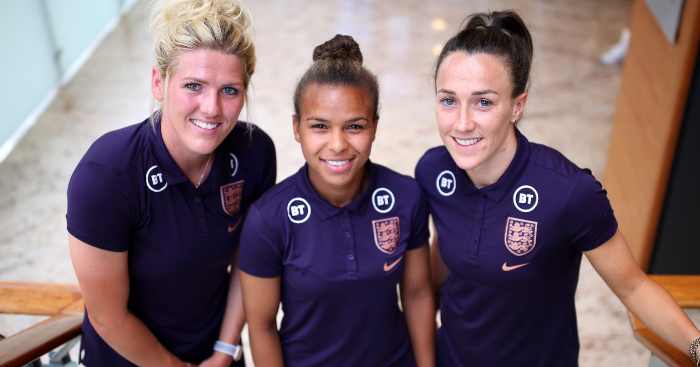 Abbie McManus was the only player not involved as England trained in front of the media on Monday ahead of their Women’s World Cup semi-final against the United States.

Defender McManus sat out the session due to feeling unwell.

Phil Neville’s Lionesses take on holders the US on Tuesday evening at Lyon’s Groupama Stadium.

Lucy Bronze feels England have an edge over their fellow Women’s World Cup semi-finalists in that they are “more hungry” to reach a final.

The Lionesses face holders the United States at Lyon’s Groupama Stadium on Tuesday, before Euro 2017 champions Holland take on Sweden, who were runners-up at the 2016 Olympics, at the same venue in the other last-four game 24 hours later.

England were beaten in the semis of the 2015 World Cup and the Euros two years ago.

And right-back Bronze, who Neville says is the best player in the world, said: “We’ve had back-to-back semi-finals, which is an amazing feat for this team, but we’re short of that last step and we’ve still got that hunger.

“And especially now – you look at the four teams left, we are the only team that hasn’t reached a final. The Olympics, the World Cup, the Euros – these other three teams have reached finals in recent years.

“So we have probably got that edge, where we are a little bit more hungry for it, we are maybe more destined and want to go to a final in that respect.”