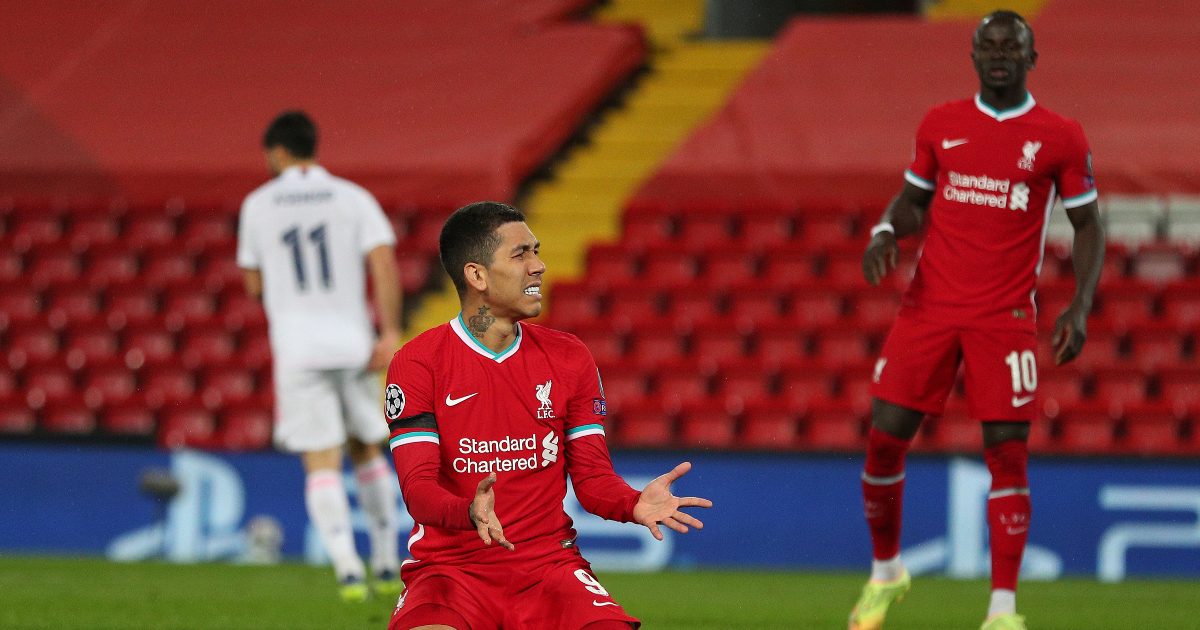 Liverpool pilled the pressure on Real Madrid but they were unable to produce another Champions League fightback at Anfield.

Jurgen Klopp’s side paid the price for a disastrous 45 minutes in the Spanish capital last week as that 3-1 quarter-final first-leg defeat essentially put them out.

They created enough chances to have clawed back the two-goal deficit but goalkeeper Thibaut Courtois was hardly extended as yet another wasteful performance from their forwards proved costly with 15 attempts producing just four on target.

But this was a controlled, disciplined performance from the 13-time European champions who knew exactly what was required to get the job done.

It is almost two years since that famous semi-final second-leg comeback against Barcelona and it was five years to the day since the rousing Europa League recovery against Borussia Dortmund but aside from goals this tie was missing one crucial factor – fans.

Both were played out against a background of cacophonous noise but with Anfield empty there was no atmosphere to feed off what had been a positive start.

Hundreds of supporters had lined Anfield Road, very few wearing masks or observing social distancing, to greet the teams with a number setting off flares and smoke canisters.

However, a small minority resorted to throwing objects at Real’s coach and one window was smashed, an act Liverpool condemned as “unacceptable and shameful” and apologised for any distress.

It was reminiscent of the 2018 Champions League quarter-final when Manchester City’s bus was attacked with bottles and stones.

There was more distress for the visitors when the match kicked off as Liverpool were a different animal to last week’s anemic first-half performance.

Mohamed Salah squandered arguably their best chance after only three minutes when Sadio Mane, looking rejuvenated after being rested at the weekend, squared for him but on his favoured left foot he shot straight at Courtois.

A curling effort from James Milner, maybe somewhat surprisingly preferred to Thiago Alcantara, was then tipped behind.

One can only imagine what the decibel levels would have been inside Anfield after that start, although it was easy to predict the hearts-in-mouths reaction when Karim Benzema’s deflected shot hit the post with Alisson Becker beaten after Nat Phillips had lost possession 10 yards inside his own half to allow the France international to race forward.

Tempers boiled over when Casemiro, angry at an earlier tackle by Fabinho, slammed Milner into the first row of Klopp’s dugout, leading to minor scuffles and yellow cards for the Real midfielder and Liverpool left-back Andy Robertson.

Undeterred by the visitors’ spoiling tactics Trent Alexander-Arnold flicked a cross to the far post which Mane was agonisingly close to reaching while Salah and Georginio Wijnaldum both shot over when well placed as further chances went to waste.

Attacking an empty Kop Firmino forced Courtois into a save 41 seconds after the restart and whizzed a rising drive just past over the crossbar soon after before Klopp turned to Diogo Jota, his second in-form forward after Salah, and Thiago.

Liverpool’s shape changed to 4-2-3-1 with Salah promoted to central striker to allow the three other forwards to slot in behind him, with centre-back Ozan Kabak sacrificed as Fabinho dropped in from midfield.

Real were barely committing anyone even to counter-attacks but when Vinicius Junior broke down the left it required goalkeeper Alisson to block his run and smother Benzema’s follow-up.

Thiago’s crossfield ball was brilliantly kept alive by Alexander-Arnold only for Firmino’s shot on the turn to rebound off Eder Militao when that vital breakthrough seemed likely.

Benzema should have put the hosts out of their misery but his downward header bounced over but it mattered little as Liverpool’s hopes of Champions League football now rest on overhauling Chelsea and West Ham to get into the top four.

That will prove difficult, however, if they continue to squander chances like this when it comes to the crunch.