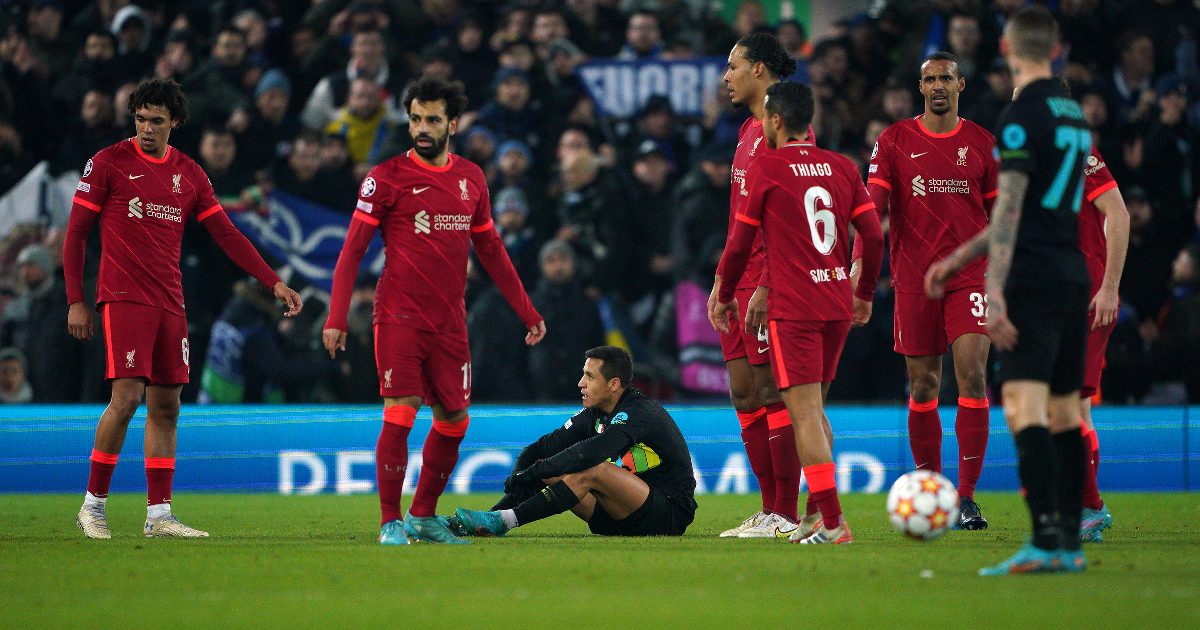 Liverpool did enough to advance in the Champions League despite being beaten on the night by Inter Milan, who finished the second leg with ten men.

Lautaro Martinez netted in superb fashion in the 61st minute to give Inter Milan hope. This was dashed moments later as Alexis Sanchez was sent off following his second bookable offence.

Liverpool had the chances to take the tie away from Inter Milan as Mohamed Salah struck the post twice in the second half.

Will Liverpool’s loss-loathing be enough this season?

But in keeping with what was, for periods, not the easiest of nights against the Serie A champions Jurgen Klopp’s side saw things out to reach a fourth quarter-final in five years despite losing their 100 per cent record in the competition this season.

The last team to win here was Fulham, at the end of an unprecedented six-match losing streak at Anfield, 366 days ago but the calibre of this opposition was considerably stronger and, very much like the first leg, Liverpool did not have things all their own way as they are used to doing domestically.

Inter coach Simone Inzaghi had said pre-match his side had to score in the first half and they set about their challenge with determination with their 3-5-2 formation and high-intensity press giving their hosts plenty to think about.

Denzel Dumfries’ early shot was easily saved by Alisson Becker but aside from a Hakan Calhanoglu’s free-kick straight at the goalkeeper – who had purposefully left a gap for him in a two-man wall – Inter saw little reward for their effort.

In fact, Liverpool could have put the tie to bed before the interval as Joel Matip headed against the crossbar and Virgil Van Dijk had an effort deflected wide.

Trent Alexander-Arnold whipped a free-kick wide deep in added time and then, soon after the restart, produced a strangely late-dipping shot which almost caught out Samir Handanovic.

After the break Liverpool discovered the control they had been looking for as Inter’s intensity levels began to drop.

It should have brought the opening goal when, with goalkeeper Handanovic on the floor having beaten Diogo Jota to the ball, Salah shot against the post with only a couple of covering defenders to beat.

That was all the encouragement Anfield needed and, with the last eight edging closer, the noise levels were raised.

With the game opening up Martinez had a shot deflected wide when he should have really have hit the target, although he made no mistake with his swerving 20-yard effort in the 61st minute.

But within two minutes Inter’s task was made more difficult when Sanchez was sent off after his follow-through on Fabinho earned him a second booking.

Klopp immediately stiffened his midfield by sending on Jordan Henderson and Naby Keita for Thiago Alcantara, making his first start after a three-match absence, and Curtis Jones, also just back from injury.

Sadio Mane’s lofted pass saw Salah volley against the other post while in added time substitute Luis Diaz had a certain goal denied when Arturo Vidal deflected his shot over.