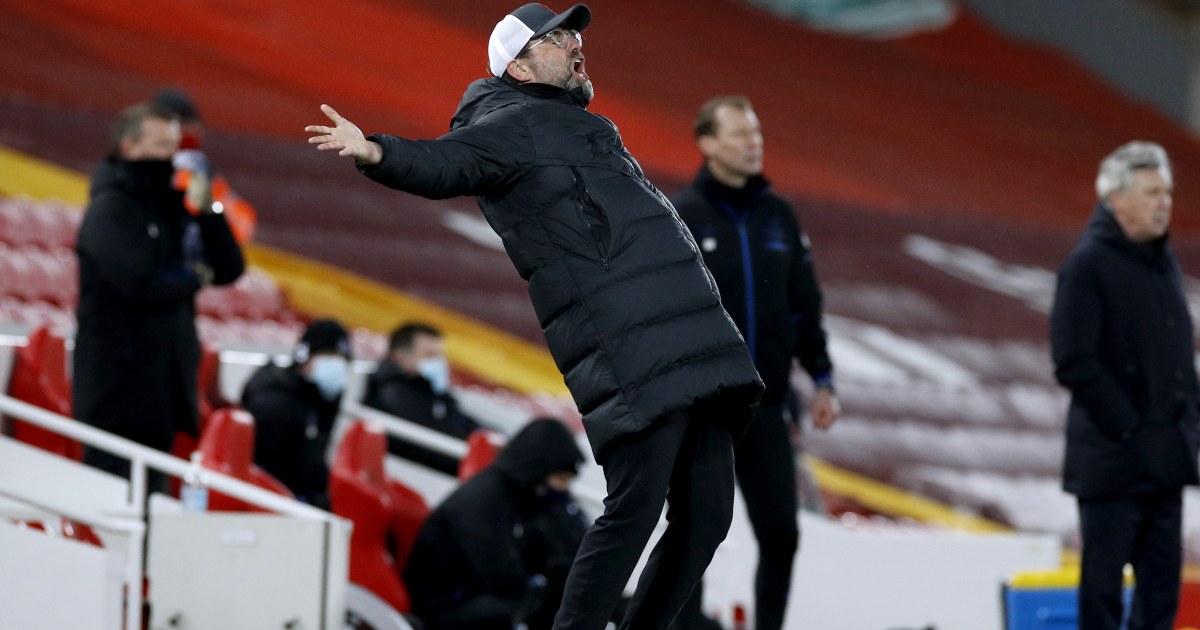 Jurgen Klopp lamented Liverpool’s failings at both ends of the pitch as the champions fell to a first derby defeat in almost 23 years.

An early goal for Richarlison and a late penalty from Gylfi Sigurdsson consigned Liverpool to a fourth successive home defeat – their worst league run since 1923.

Victory, the first in 23 visits to Anfield, saw Everton draw level on 40 points with their seventh-placed hosts and they are just three behind fourth-placed Chelsea, with a match in hand over both clubs.

Klopp bemoaned more errors for handing the initiative to Everton and giving them a lead which they were not only able to hold but add to, albeit contentiously.

Asked how much it hurt he said: “A lot, a lot. But we conceded a completely unnecessary first goal, we should not forget that, and that is a big part of the game.

“You have to defend and you have to score and in one situation we didn’t defend well enough, we made a mistake so they could score, and we didn’t use the things we created. That’s why we have the result.”

Klopp could not understand the award of the penalty after Dominic Calvert-Lewin went down after running into the back of a sliding Trent Alexander-Arnold nor the speed with which referee Chris Kavanagh viewed the pitchside monitor having been asked to look again by VAR.

“I really think it is unfair to ask me as everyone has asked me that question, which means everyone thought it wasn’t a penalty,” he added.

“I wanted to talk to the ref after my first few (post-match) interviews but they left already. I wanted to ask what did he see?

“If he is called over there must doubt but he needed only a second. He went over, watched it from three or four yards and ‘penalty’.”

As if losing their first home Merseyside derby since 1999 was not enough, Klopp lost yet another centre-back option as Jordan Henderson became the fifth no longer fit for duty.

“It is the groin, adductor region. Nothing from the medical department was positive about it. It doesn’t look good but we have to look at the scan tomorrow,” the German said.