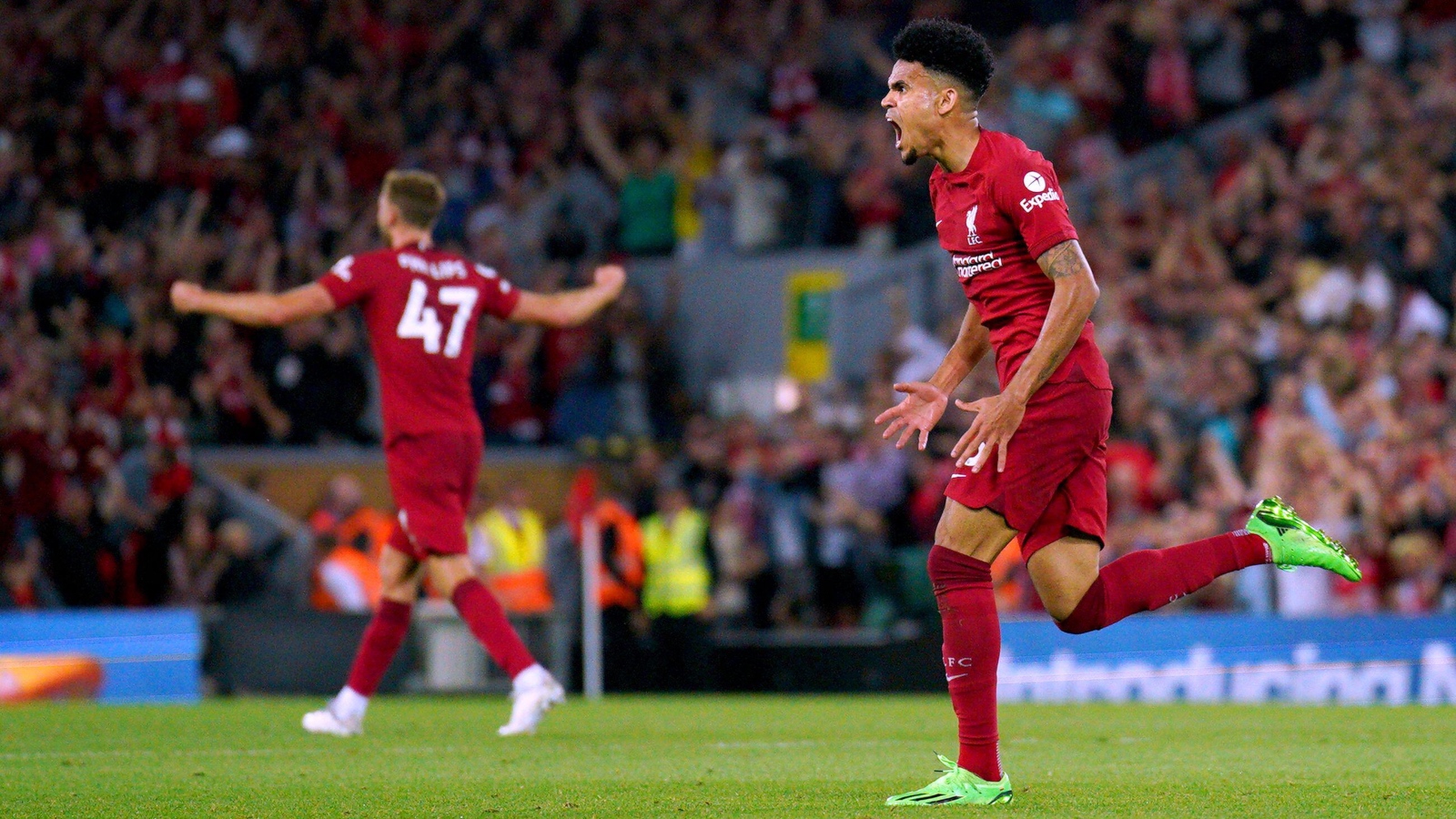 Anfield is no stranger to fiery Uruguayans after witnessing the highs and lows of Luis Suarez for three-and-a-half years but the recklessness of their summer signing’s weak headbutt on Joachim Andersen beggared belief.

F365 says: Diaz will need to keep on keeping Liverpool in the title race after Nunez idiocy

Frustration had been growing having gone behind to Wilfried Zaha’s 32nd-minute goal against the run of play but the way Nunez to reacted to being provoked by the Palace centre-back was naive at best and idiotic at worst.

The fact the 23-year-old’s act of self-destruction was rescued by Diaz, who beat at least five players in shimmying his way into position to unleash a 25-yard shot past Victor Guaita, four minutes after the red card, will be of no consolation.

Nunez is currently Jurgen Klopp’s only fit striker, with Diogo Jota nursing a thigh injury and Roberto Firmino missing the game as a precaution, and his resulting three-match ban – with arch-rivals Manchester United next up in a week’s time – is likely to be costly.

Klopp’s side already trail leaders Manchester City by four points and with the margin for error in the title race so tight, they cannot afford many more nights like this.

Nunez’s arrival from Benfica for a potential club-record £85million fee was supposed to be the antidote for games like this, when teams sit deep, pack the area around their 18-yard box and look to hit on the break.

But the Uruguayan, admittedly still getting used to his new team-mates after just two competitive outings, fluffed his lines in only the ninth minute when he ballooned over at the far post after Harvey Elliott, taking the place of the injured Thiago Alcantara, danced through the defence only to see his shot blocked by Andersen.

Another missed Nunez chance book-ended the first half as he mis-hit a shot from roughly the same position and watched it bounce off the far post.

But he was not alone in squandering chances with James Milner blazing over after just 61 seconds and Mohamed Salah stabbing wide a low Trent Alexander-Arnold cross and also heading tamely into Guaita’s arms.

With Liverpool’s shot count building up – 17 alone in the first half – and their dominance of the ball established, they fell victim to a classic counter by their opponents, who had ‘enjoyed’ just 25 percent possession.

Guaita’s hurried clearance from another attack found Eberechi Eze, who side-stepped Fabinho and played in Zaha who had the pace to stay out of the reach of the back-tracking Virgil Van Dijk and place a shot across Alisson Becker and inside the far post.

It was the eighth time in the last 10 matches they had conceded first.

The Liverpool goalkeeper was out quickly to deny Zaha after he again broke the defensive line and, while the hosts finished the half strongly with an Elliott header batted away and Nunez striking the woodwork, they left themselves plenty to do.

Palace captain Joel Ward, returning to the side to anchor a resolute five-man defence, denied Nunez with body and arm, which was not deemed to be in an unnatural position as he slid in.

But the game ignited in the 57th minute when Nunez was dismissed after flooring Andersen, who pointed an accusing finger at his opponent before shoving the striker in the back – promoting a rush of blood from the South American.

Klopp furiously waved for him to get off the pitch as he and assistant Pep Lijnders quickly reorganised with Salah playing through the middle on his own.

And within four minutes they were level thanks to Diaz, who cut in from the left and breezed past five Palace players before curling a right-footed shot past Guaita.

The hosts continued to attack with 10 as they had done for almost an hour with 11 and it left them susceptible to gaps at the back with Alexander-Arnold essentially playing as a winger.

Zaha hit a post and Salah and substitute Fabio Carvalho flashed shots wide late on and, although Liverpool extended their unbeaten home run to 21 league matches – 78 in front of an Anfield full house crowd factoring out their lockdown woes – it was two more points dropped.