Home All The News Liverpool 2-0 Burnley: Jota, Mane guide the Reds to victory 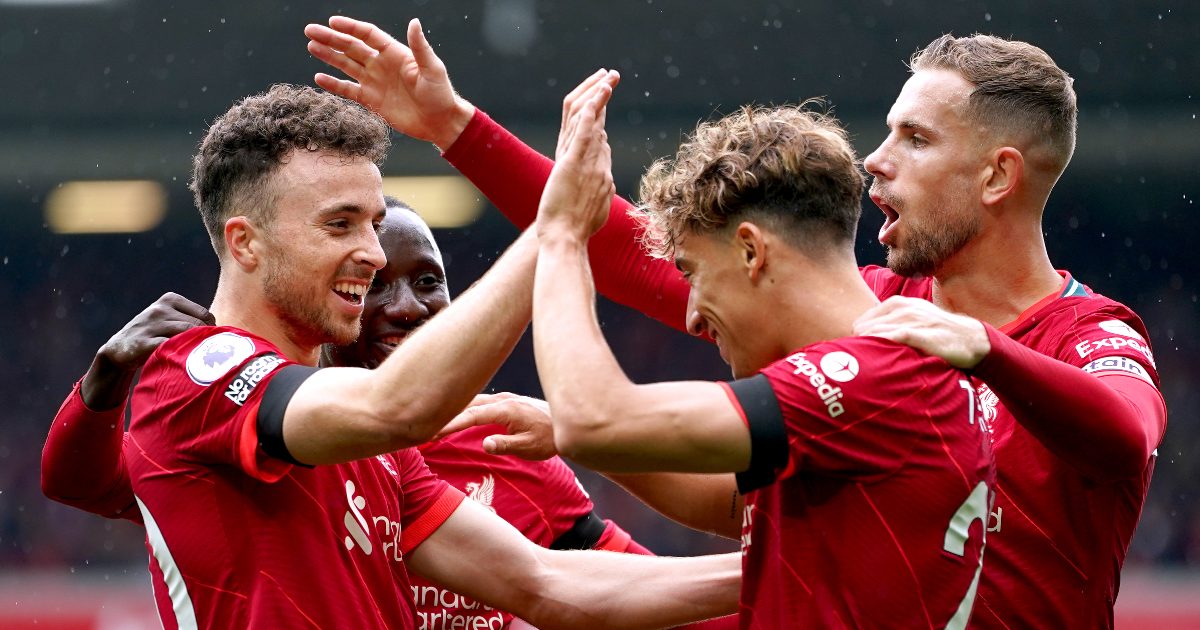 A goal in either half from Diogo Jota and Sadio Mane helped Liverpool pick up all three points against Burnley in front of their returning home fans.

Jota netted his second goal of the season to open the scoring against Burnley in the 18th minute.

This was before Mane scored his first league goal of the campaign to put the result beyond doubt with 20 minutes remaining at Anfield.

Burnley – who had won 1-0 on their last visit to the ground in January to end Liverpool’s 68-game unbeaten home run in the league – caused the hosts some problems but could not prevent another defeat, a week on from losing their opener 2-1 at home to Brighton.

Amid the huge noise pre-match at what was the first Premier League game at a packed Anfield since March 2020, there was applause to pay tribute to individuals who had lost their lives during the coronavirus pandemic, including Andrew Devine, the 97th victim of the Hillsborough disaster, who died in July.

When the action got under way, Jota sent a third-minute header wide and Burnley – wearing numbers one to 11 on their shirts in a throwback to the past – appeared to go close as Dwight McNeil drilled a shot against the post, only for the flag to go up for offside.

Alisson Becker saved a header from Chris Wood in the 17th minute, and McNeil then went down in the Liverpool box under pressure from Trent Alexander-Arnold, with referee Mike Dean saying no penalty.

Moments later the Reds were in front as Jota connected with Kostas Tsimikas’ delivery from the left and headed home.

Alisson was called into action again soon after, getting down to push away a McNeil strike, before Mohamed Salah saw an effort turned behind by Pope and Virgil Van Dijk headed over from the resulting corner.

Salah then thought he had doubled the advantage in the 26th minute, being fed by Harvey Elliott – the 18-year-old making his first Premier League start – and stroking a shot into the corner of the net, but the effort was ruled out for offside following a VAR check.

Mane and Naby Keita saw efforts go off-target as the hosts continued to search for a second goal, before Alisson was beaten to the ball at the other end by James Tarkowski, whose header bounced wide.

Burnley had the ball in the Liverpool net shortly after the break via Ashley Barnes’ finish, but again an assistant referee’s flag was raised to signal offside.

Mane had an attempt comfortably saved by Pope and was then unable to turn the ball in near the post when Van Dijk hit a shot.

As Liverpool continued to pressurise, Salah saw his low strike kept out by a fine block from McNeil on the hour mark.

Mane was then twice denied by Pope before beating the England goalkeeper to put Liverpool 2-0 up, firing home after the ball had been worked from Elliott to Alexander-Arnold and on to him.

The Reds’ subsequent efforts to add to their lead included Salah shooting wide and Alexander-Arnold having a strike saved by Pope, while Alisson did well to thwart substitute Jay Rodriguez.