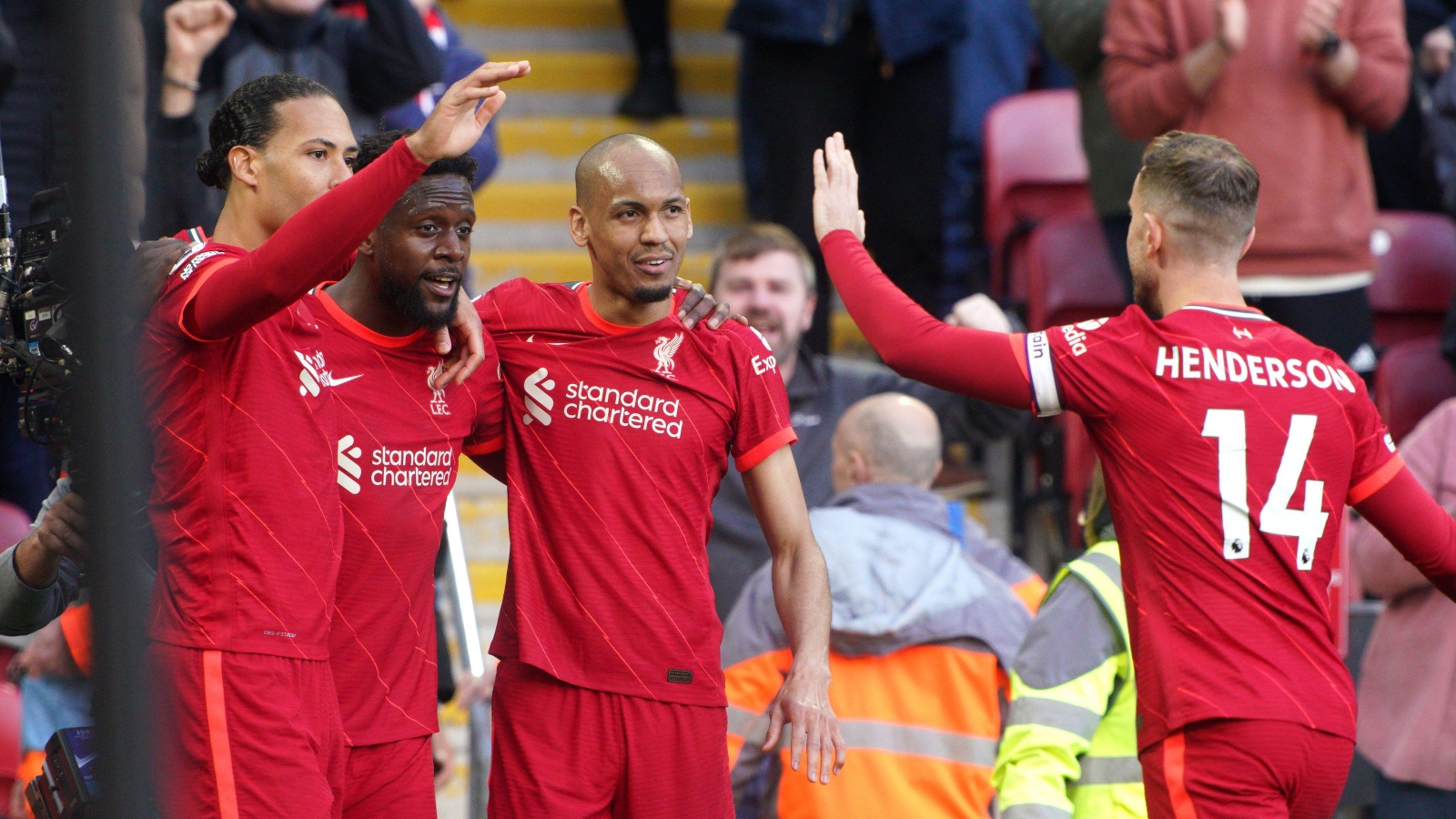 Divock Origi and Andrew Robertson were on target in the second half as Liverpool overcame city rivals Everton in the Premier League.

Robertson’s second goal of the season produced the vital breakthrough after 62 minutes of dogged resistance from the visitors and Origi enhanced his derby legacy with his sixth goal in nine cross-city matches.

This was far from the humiliation many predicted – and Toffees fans feared – as Everton showed they can be organised and put up a fight but the one thing manager Frank Lampard could not bridge was the gulf in class.

Victory reduced the gap to leaders Manchester City back to one point, while leaving their near neighbours now two points from safety.

They had started the game in the bottom three after Burnley’s victory over Wolves and things got worse for them before a ball was even kicked at Anfield.

An injury to Ben Godfrey in the warm-up meant the visitors took the field having changed both centre-backs from the midweek draw with Leicester, Michael Keane the late replacement alongside Mason Holgate with Yerry Mina rested completely following his comeback against the Foxes after two months out with a thigh problem.

But that did not alter their tactics, which were understandably evident from the off: get behind the ball in a 4-5-1, eat up as much time as possible at restarts and frustrate the life out of their opponents.

It could have been an approach straight out of Lampard’s former mentor Jose Mourinho’s playbook, who famously came here in 2014 with Chelsea to derail a Reds title bid.

It certainly worked for 45 minutes as they limited Liverpool to just three shots, none of which were on target, despite 86 percent possession.

The fact Everton completed only 32 passes in the first half – the fewest by a team in the opening period of a Premier League game since Watford’s 30 in November 2006 – was inconsequential to the overall game plan.

Richarlison, who was frequently on the floor and ate up a lot of time for treatment, and goalkeeper Jordan Pickford, who collapsed to the floor like a weary marathon runner at the end of 26.2 miles every time he collected the ball in two hands, drew most of the ire from Anfield.

Youngster Anthony Gordon also trod a fine line, with his booking for a dive in the penalty area from a non-existent Naby Keita challenge his worst offence.

Half of the 12 Premier League bookings for simulation this season have been for Everton players, with three alone against Liverpool. But it was all part of the ploy to disrupt and disturb and their hosts fell into the frustration trap.

The game had a more old-school derby feel about it, with Diogo Jota and Seamus Coleman involved in one confrontation which saw the Liverpool player pushing a hand towards the defender’s face in retaliation to a challenge, and Sadio Mane in the middle of a melee of 21 players after Abdoulaye Doucoure was booked for chopping down Fabinho.

Incredibly, Everton had the better chances early in the second half as Gordon and Alex Iwobi both directed attempts wide.

Prior to that, Joel Matip’s tangle with Gordon inside the area looked like it could have risked a penalty but referee Stuart Atwell was not in the least bit interested.

Jurgen Klopp sent on Luis Diaz and Origi just before the hour and the latter, who has made a habit of making his own personal derby history, combined with Mohamed Salah for Robertson to head home unmarked at the far post.

The deluge looked like it would start with Diaz and Salah, who volleyed over, having chances before Demarai Gray whistled a shot past Alisson Becker’s right-hand post to show the visitors were not yet done.

Robertson then proved his worth at the other end with a vital block to prevent an Iwobi equaliser.

Fittingly Origi, who has barely played this season, finished things off with a close-range header five minutes from time.

The party rolls on at Anfield, with a Champions League semi-final first leg at home to Villarreal on Wednesday, but things do not get any easier for Everton with Chelsea up next at Goodison at the weekend.