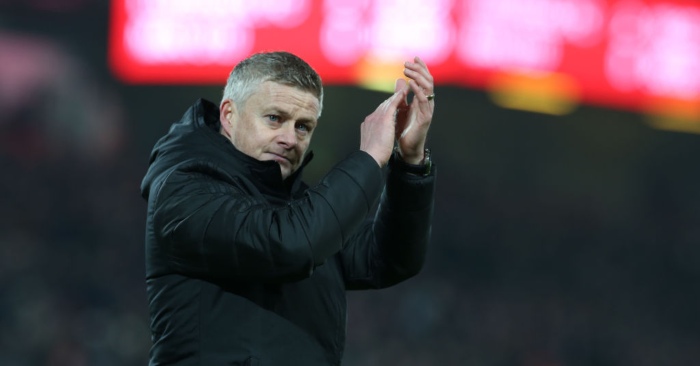 Old boys’ club
Alan Shearer has consistently defended Ole Gunnar Solskjaer; they are contemporaries and friends. Back in September he wrote that ‘they’ve got to stick with Ole, they cannot just keep getting rid of managers’ and now in January, he is talking extensively in The Sun about United’s need for new players rather than a new manager.

‘United are lacking quality to get into a Champions League place unless they make some moves in the January transfer window.’

You say that now, Alan, but you tipped them to finish fourth with exactly this squad in August. They are a quite ludicrous ten points worse off this season than last.

‘United dug in but they are so obviously lacking in quality in terms of where they want to be.

Sorry but why the hell should they? Because you think Ole is a top bloke? And where is the proof that a transfer window will bring any improvement; the last one somehow made them worse despite a sizeable £150m spend in the summer.

You tipped them to finish fourth with this squad and they are somehow still five points behind an inconsistent Chelsea side under a rookie manager.

Sobering fact: Their points total this season – 34 points from 23 games – is just one solitary point ahead of where Watford were last season. Sit and suffer, Man United fans, sit and suffer.

Johnny English
Mind you, Shearer may well have been taking his cue from Roy Keane, who spouted some Grade A nonsense on Sky Sports. You can read the full transcript of his debate with Jamie Carragher, but the gist is that his old teammate Solskjaer should be given time. Of course he should.

“The season hasn’t finished yet. Give them the benefit of the doubt, fourth place is still available and they could win the FA Cup!”

“To question Ole and says he’s not up to it, for some reason other managers go to other clubs and are given the benefit of the doubt.”

Like Arsenal, who sacked their manager after less than 18 months in charge? Or Chelsea, who tried to manoeuvre their objectively successful manager out of the club after just a year?

“Frank Lampard is at Chelsea and I saw them last night…”

And Frank Lampard’s Chelsea are in fourth place and the last 16 of the Champions League. By any measure, they are exceeding expectations.

Chelsea have lost eight games. But they are still five points clear of Manchester United and Lampard has been in the job for little more than half a season. And he has spent nothing.

Oh and the “maybe because he’s English” nonsense barely merits comment. Regardless of nationality, Lampard is exceeding expectations and Solskjaer is falling short. And that would make him a target for managerial change at any other club where he is not already a hero.

Later in August, he tipped Manchester City for the title and Manchester United for a place in the top four, reasoning that United will finish above Chelsea because they “have got more options at centre-forward – Martial and Rashford”.

And now we’re in January and Neville is saying on the Gary Neville Podcast:

“I can’t believe the investment that’s been put into the squad in the last five, six, seven years and you end up with that out on the pitch.

“I saw a statistic two weeks ago that United have the second-highest wage bill in the world. And that’s the squad they’ve got. It’s unforgivable. It really is.”

And that squad was apparently good enough to take them to fourth. Are we absolutely sure that another manager could not be doing better?

I dreamed a dream…
Mediawatch expects better from the Daily Mirror’s David Maddock, who heard Jurgen Klopp say that “of course they are allowed to dream and sing whatever they want” when asked about Liverpool fans singing “We’re going to win the league” and somehow came up with a back-page story that begins:

‘JURGEN KLOPP has told fans “it’s time to dream” after moving 16 points clear at the top of the table.’

‘Hostile’
On Friday we criticised The Sun for giving publicity to a minority of Liverpool fans who were planning to bring ‘pints, pyros and flags’ to greet the Manchester United boss as it arrived at Anfield on Sunday.

That’s the word ‘hostile’ used twice, one of which comes in quotes. So who has said ‘hostile’? Let’s read on…

‘MANCHESTER UNITED players were greeted with a ‘hostile’ reception from Liverpool fans as they made their way to Anfield on Sunday afternoon.’

Again, it’s in quotes. So who has said ‘hostile’?

Actually, nobody. Nobody at all. The word does not appear again in the story. Are they simply quoting their own scaremongering story from Friday? Yes, it really seems they are.

The clue comes in the penultimate line of the story:

‘There is no suggestion that any objects were thrown or any damage was done on this occasion.’

On the contrary, you have made every bloody suggestion because it suits your agenda.

The Mane man
The Daily Mail‘s Dominic King loves Jordan Henderson so much that he is recommending that he be crowned Player of the Year. Mostly for jabbing his finger at his teammates and running a lot, it seems. Though it amuses Mediawatch that he actually ran less than Manchester United’s Fred on Sunday. Should we give him an award too?

Anyway, back to the argument…

‘Kevin De Bruyne, of course, is the favourite to become the PFA Player of the Year. Leicester’s Jamie Vardy will have a portion of the vote, too. But the biggest challenge to De Bruyne this season may yet be this 29-year-old from Sunderland, who is in the finest form of his career.’

Except De Bruyne is not the favourite – not by a mile. The odds-on favourite is Sadio Mane with De Bruyne’s odds stretching as far as 9/2, while you can get 14s on Jamie Vardy. King seems to have entirely forgotten about the existence of Mane.

‘Plenty reading that will scoff at the idea of Henderson winning the ultimate accolade from his fellow professionals but when you consider the impact that he is having on a team that seems destined to rip up the record books, is it really that fanciful a notion? In a word, no.’

Well, yes. You can currently get 20/1 on him winning the award because at least three other Liverpool players are being credited far more for the Reds’ probable title victory.

‘His fingerprints were all over a triumph that should, really, have been even more emphatic than by just two clear goals. He barely wasted a pass, hardly missed a tackle and only the width of a post stopped his thumping left foot drive from ripping into The Kop End net.’

He was good but he literally wasted 25% of his passes; 14 of 20 outfield starters had a better pass completion rate.

‘De Bruyne maybe a wonderful player, who sees things on a football pitch that others do not see, but it is not a foregone conclusion now that he will win the award for which he has long been favourite; a challenge to him was always going to come from Anfield but the source is unlikely.’

It’s absolutely not a ‘foregone conclusion’; De Bruyne has not been the favourite since about October. It’s really odd that nobody at the Mail thought to maybe, you know, check. It’s like they all collectively decided to ignore the fact that Mane – the actual favourite – even exists.

‘Should he maintain the levels he has so thrillingly found – do not forget that last week England’s fans recognised him as the Player of the Year for 2019 – the Premier League title might not be the only trophy he lifts. Do not be surprised if the gong comes his way.’

We would be really surprised. Unless the PFA take the bizarre and unprecedented step of handing over the voting process to Liverpool fans, and give them no other Liverpool player as an option on the form.