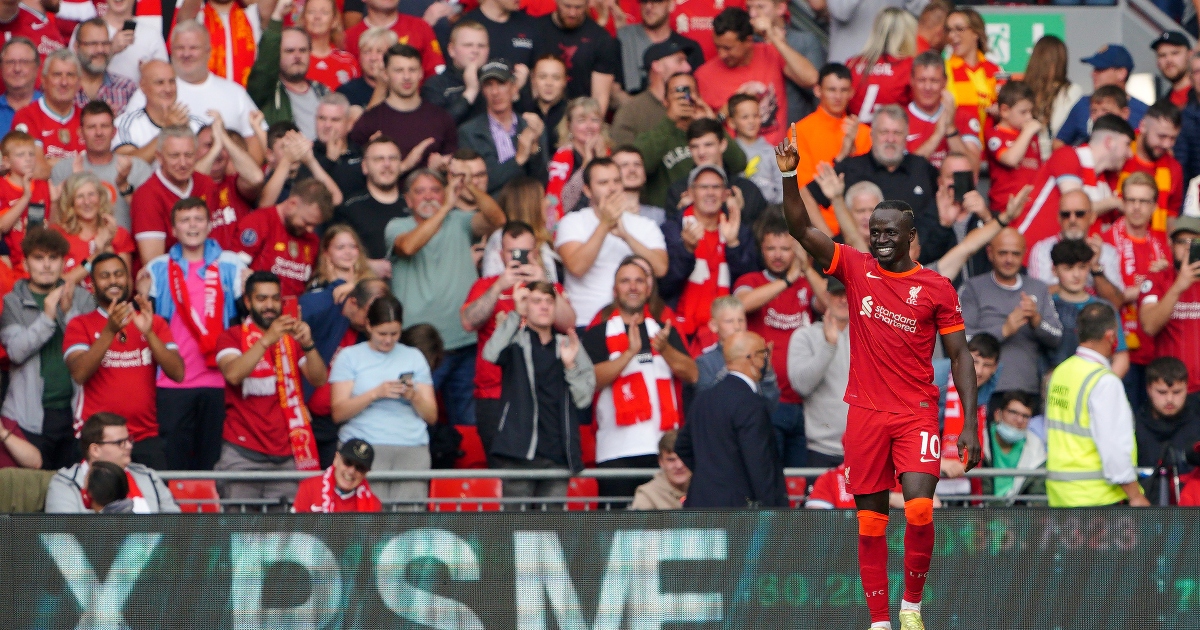 Liverpool are top of the table after cruising to a 3-0 win against Crystal Palace, with Sadio Mane scoring his 100th goal for the club on the day.

Mane‘s close-range strike just before half-time also made him the 18th man to bring up a century of goals for the club in his 224th appearance.

Mohamed Salah’s rich form continued as his volley 12 minutes from time meant he has only failed to score in one of his six games this season with a sumptuous left-footed volley from substitute Naby Keita finishing proceedings with a flourish.

Jurgen Klopp made six changes – including his entire back four – from the midweek Champions League tie which meant his side started a league match without either Andy Robertson (rested) or Trent Alexander-Arnold (ill) in the team for the first time since December 2018.

It did, however, afford Anfield its first look at summer signing Ibrahima Konate, lining up in central defence alongside the returning Virgil van Dijk.

Perhaps understandably there were some teething problems with a defence that had never played together before and a shaky start saw Alisson forced to tip Wilfried Zaha’s attempted lob from close range onto a post.

Konate was first extended in a foot race with Zaha, with the winger going down in the area but he did not appeal for a penalty and none was given.

The big centre-back passed his second test as well as, one-on-one with former Liverpool striker Christian Benteke, he blocked the striker’s near-post shot.

They were the rare Palace attacks as the home side dominated throughout and would have been ahead well before the 43rd minute had they shown more composure in front of goal.

Diogo Jota fired over from a narrow angle after Kostas Tsimikas and Mane combined, Jordan Henderson’s far-post attempt was palmed behind, Thiago Alcantara’s weak shot was blocked by a crowd of defenders and an acrobatic Mane effort went for a corner.

But the worst came last as Thiago’s header was parried by Vicente Guaita only for Jota to blaze over from three yards.

Mane showed him how it should be done, however, when Salah’s glancing header from Tsimikas’ corner was half-stopped by the goalkeeper and the Senegal forward pounced to lash home to make it 1-0 to Liverpool.

Jordan Ayew wasted a promising opportunity when he opted to shoot rather than crossing for Zaha, who had escaped the clutches of James Milner for once in the game, while Edouard was smothered by Alisson as he somehow found space in the penalty area.

But the visitors’ hopes of snatching something from the game were snuffed out when Salah volleyed home at a corner, whipping his shirt off in celebration at his 99th Premier League goal for the club.