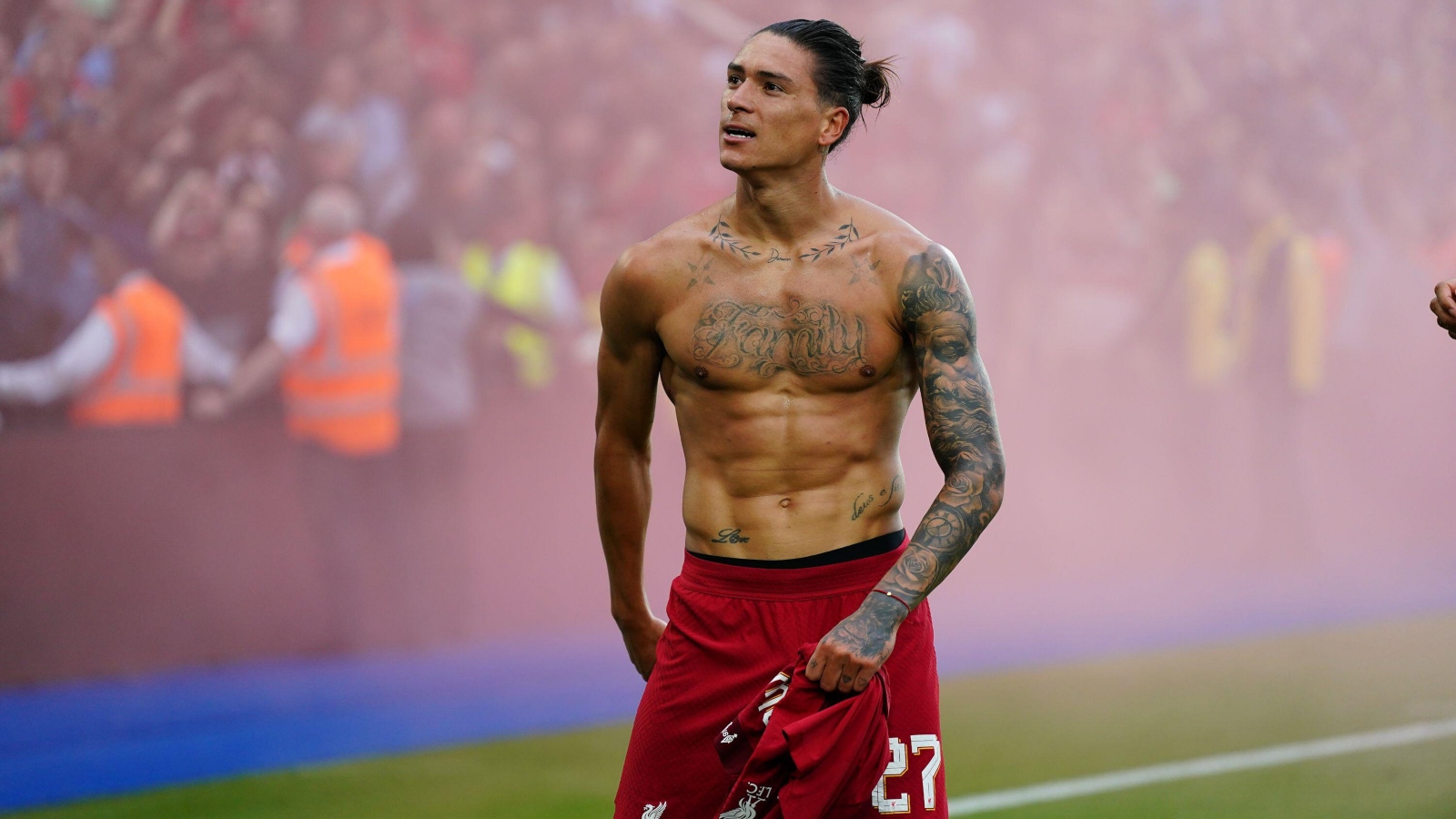 City, last season’s Premier League champions, and Liverpool, the FA and Carabao Cup winners, both paraded their big-money acquisitions at Leicester’s King Power Stadium in Leicester but it was the Uruguay international who upstaged City’s Erling Haaland.

Nunez came off the bench in the 59th minute with the score at 1-1 and his aerial presence won the late penalty from which Mohamed Salah put Liverpool in front for a second time.

But the former Benfica striker, having earlier been denied a goal by City goalkeeper Ederson, was not finished there and stooped to head home his first for the Reds in domestic competition in added time.

One new City signing did make his mark – the £14m former River Plate forward Julian Alvarez climbing off the bench to cancel out Trent Alexander-Arnold’s opener – but the focus was really on the big men up top.

The traditional season curtain-raiser played out as expected with the country’s top two sides going at it once again, but it was the nuance of what the new signings might bring which attracted the intrigue.

Haaland scored 86 goals in 89 matches for Borussia Dortmund before his summer move and he is likely to add many more for City once he and they have adjusted to each other.

The Norway international had the fewest touches of any player in the first half – eight – and the service he received throughout was scant.

But that did not mean he was not a threat and when Andy Robertson initially dispossessed him from Bernardo Silva’s cross the 22-year-old reacted quickest to fire in a shot which third-choice goalkeeper Adrian batted away.

His next attempt moments later from another Silva cross did not go so well as it came to him at an awkward height and he could not decide what to do with it and completely miskicked.

But he saved his worst for last when he blasted against the crossbar when faced with an open goal six yards out in added time.

Nunez, however, justified Jurgen Klopp’s decision to continue his integration from the bench.

The 23-year-old scored four second-half goals in a pre-season friendly against RB Leipzig but that was not enough to persuade his manager to start him from the off.

But when he was introduced he was a bundle of energy and, unlike City with Haaland, Liverpool seemed to be better equipped to supplement his talents.

With virtually his first touch he was brought down by Ederson, who was spared by an offside flag, and then the City goalkeeper raced out to block Nunez’s shot with his chest after Jordan Henderson played him through.

Nunez is more a traditional number nine and less the multi-functional player Klopp usually prefers but that can work to his advantage and when he climbed highest to head down the ball struck the arm of Ruben Dias.

Referee Craig Pawson waved away handball claims but having been advised to consult the pitchside monitor he awarded a penalty and Salah swept past Ederson.

But Nunez was not finished there and his poacher’s instinct saw him stoop to head home Robertson’s knockdown in added time.

It was a pulsating finish to a game which had ebbed and flowed, with Alexander-Arnold putting Liverpool ahead in the 21st minute.

Thiago Alcantara’s cross was killed instantly under the foot of Salah, whose pass rolled invitingly into the path of the full-back who whipped a shot which just flicked off the head of Nathan Ake on its way in via the far post.

City improved in the second half and Alvarez, introduced at the same time as Nunez, equalised in the 70th minute after Adrian saved Phil Foden’s initial effort but fumbled the rebound.

VAR checked offside and although the goalkeeper appeared to have two hands on the ball, after a lengthy delay the goal was ruled legitimate to mean the new signing followed in the exalted footsteps of Sergio Aguero and Carlos Tevez as only the third Argentinian to score in the Community Shield.

He will, however, still play second fiddle to Haaland while Nunez has begun the process of establishing himself as Liverpool’s long-term option up front and ensuring the summer sale of Sadio Mane to Bayern Munich quickly becomes an afterthought.