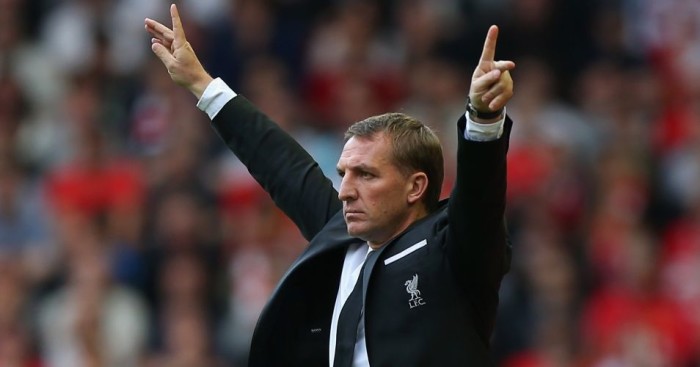 Daniel Sturridge scored his first goals after a lengthy injury lay-off to ease the pressure on Brendan Rodgers, as Liverpool beat Aston Villa 3-2 at Anfield.

With the Reds boss under increasing strain he needed a performance from his senior players and he got that from England internationals Sturridge and James Milner.

Stand-in captain Milner could not have picked a more opportune moment to score his first Liverpool goal after just 67 seconds before Sturridge came to the fore with two typical strikes to see his side sneak home despite Rudy Gestede twice dragging Villa back into the game.

There has been much turning of corners in Rodgers’ three-year reign at Anfield and while he is by no means out of the woods yet this result helped repair confidence fragmented by five matches without a win.

It was the first time since February Liverpool had scored three and it was largely down to Sturridge who, in his second appearance after hip surgery, scored his first goals since March.

Liverpool began with a pace and hunger which had been absent since before the end of last season and while it was not quite the sort of rapid start regularly witnessed when a certain Luis Suarez was terrorising defences on the way to their title near-miss it had a similar effect.

With barely a minute on the clock Villa gave Milner, who benefited playing much further up the field than previously, far too much room on the edge of the penalty area and when Philippe Coutinho fed the ball into him the England international quickly switched feet to drill home with his weaker left.

Emre Can and Danny Ings both had half-chances early as the visitors were threatened with being overrun.

But Villa, probably with the knowledge their opponents had not scored two in a match since early May, were almost content to sit on their deficit and they soon quelled Liverpool’s early fire.

And the home side’s propensity to shoot themselves in the foot almost cost them on two occasions before half-time as Can’s mis-directed clearance was sliced wide by Gestede while Ashley Westwood’s shot was deflected behind after Simon Mignolet tamely tipped away Alan Hutton’s cross.

Coutinho, Milner and Nathaniel Clyne all had chances after the break before Sturridge’s brilliant left-foot volley from Milner’s lobbed pass offered Liverpool a degree of comfort.

Or so they thought. Gestede bundled home at the far post to restore Anfield’s anxiety levels to what they had been this season and although Sturridge’s neat interchange with Coutinho teed up his second Gestede’s powerful header set nerves jangling.

Sturridge missed two chances to complete his hat-trick but his performance suggested his fortunes and those of his manager may be entwined.

Although it was hardly the most convincing of victories Rodgers will take any crumb of comfort as he seeks to prove he remains the man to take the club forward.

For all the talk of a crisis Liverpool are just two points off the top four but with the Merseyside derby next at Goodison Park further pitfalls await.