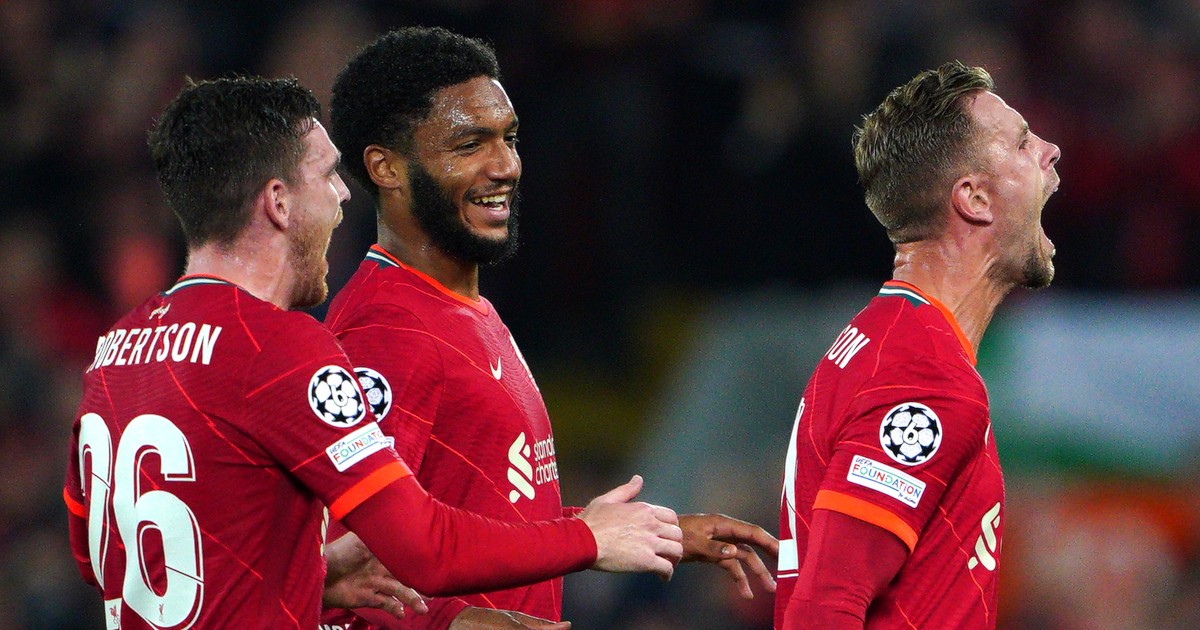 Liverpool opened their Champions League campaign with a dramatic 3-2 home win over Milan.

The Reds took an early lead at Anfield through a Fikayo Tomori own goal after the former Chelsea centre-half deflected a Trent Alexander-Arnold cross past goalkeeper Mike Maignan.

Mo Salah had the opportunity to double Liverpool’s lead after a breathtaking start when Ismael Bennacer was adjudged to have handled Andy Robertson’s shot, but the Egyptian was thwarted from the penalty spot by Maignan.

Milan used that momentum to take a shock lead by half-time through fine counter-attacking goals from Ante Rebic and Brahim Diaz, the pair scoring within 110 seconds at the end of the first half.

Salah atoned for his miss from 12 yards within four minutes of the restart by finishing an excellent Divock Origi chip over the defence, before Jordan Henderson’s wonderful half-volley from a cleared corner secured a comeback win.

Milan may have won seven European Cups but this was their first outing in this competition since 2014 and their inexperience showed as they constantly gave away possession having found themselves under pressure from the moment they won the toss and invited their hosts to attack the Kop.

Origi, a surprise starter for the rested Sadio Mane, missed a good early chance, Diogo Jota had a shot blocked and Joel Matip’s header – destined for the top corner – was caught by Maignan.

However, the strain told as Alexander-Arnold exchanged passes with Salah and charged into the area where his angled cross bounced up off Tomori and into the net.

It did nothing to help Milan’s nerves; the waves of attacks just kept coming and when Robertson’s cross hit the arm of Bennacer, Salah had the chance to double their advantage but Maignan saved his penalty and Jota’s follow-up.

The miss appeared to stall the hosts’ momentum – their best chance after that saw Salah’s snap-shot tipped over – and that gave Milan some encouragement but, after the previous 42 minutes they had endured, even they could not have foreseen their finish to the half.

A neat passing move on the edge of the penalty area exploited the channel between centre-back Matip and Alexander-Arnold and Rebic rolled a shot past Alisson.

Their second came from a similar position, with Alexander-Arnold caught upfield, and although Robertson blocked Theo Hernandez’s shot on the line, Diaz followed in to score.

It was uncharacteristically loose from Liverpool but the absence of the calming influence of the rested Virgil van Dijk offered some explanation.

Salah’s 27th Champions League goal in 46 matches after exchanging passes with Origi and poking home the dropping through ball was the ideal start.

But they had to wait until the 69th minute to get back in front when Henderson drilled in a low half-volley from the edge of the penalty area after a half-cleared corner.

At the final whistle there were no celebrations from the players and it was left to Klopp to produce his now-trademark triple fist pump in front of the Kop to signify the return of European football to a full house at Anfield.