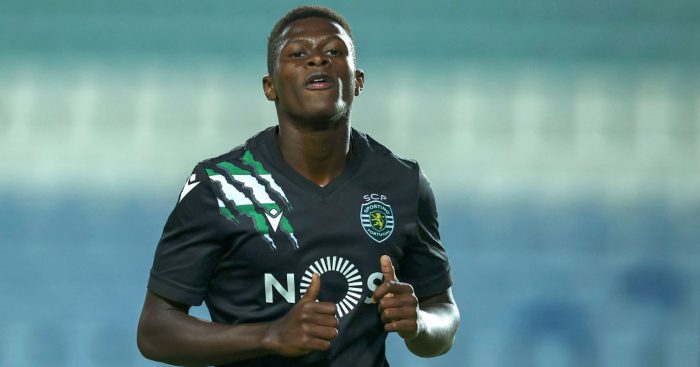 Sporting Lisbon have named their asking price for youngster Nuno Mendes after Liverpool reportedly made contact over the signing.

The left-back played nine matches last season for Sporting with all of them coming after the resumpton of Liga NOS.

Mendes, who has been capped five times for the Portugal under-19 side, only made his debut for Sporting on June 12 against Pacos de Ferreira in a 1-0 home win.

And now Portuguese publication Record (via Sport Witness) claims the 18-year-old’s agent has been contacted by Liverpool.

His representative, Miguel Pinho, told Sporting of the Reds’ interest with the Portuguese club insisting that they want his €45m release clause.

However, Liverpool and Real Madrid – who are also reported to have an interest in Mendes – are not willing to pay anywhere near that clause.

Meanwhile, Gary Neville thinks Thiago Alcantara would prove to be a very good signing for the Reds and “would make them very strong again”.

Neville told Stadium Astro: “Liverpool have been brilliant for two years, but I think it’s hard to win back to back titles.

“Liverpool could do it, they’re an exceptional team, and if they are to sign Thiago it would make them very strong again. But I do think they need that one signing.

“They need that stimulus for the squad, who have been together for a couple of years.”