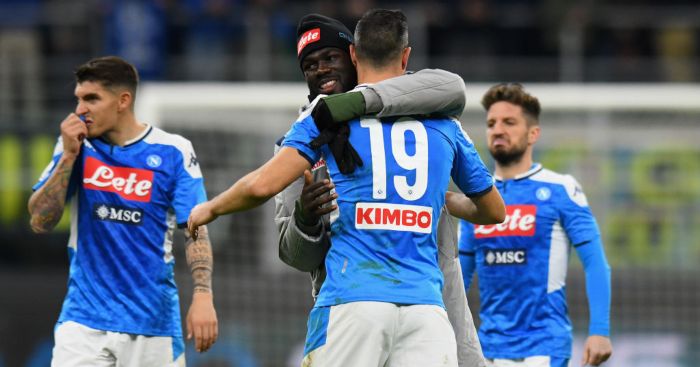 Liverpool are prepared to offer a huge transfer fee plus a player to land Napoli defender Kalidou Koulibaly, according to reports.

The Reds and Manchester United have both been linked with a huge move for the centre-back this summer, despite the coronavirus pandemic likely to reduce spending in the next transfer window.

At the beginning of May, Gazzetta dello Sport claimed that Liverpool are ‘on pole’ for Koulibaly, ahead of arch-rivals Man Utd, with their ‘prestige’ giving them the advantage over other sides.

Liverpool are the current Champions League holders, while the Merseysiders are 25 points clear at the top of the Premier League and look set to be crowned champions if the season can be finished.

And now Napoli Magazine (via Sport Witness) claim that Liverpool ‘would like to offer €60m’ plus a player for Koulibaly.

Despite the current situation, Napoli continue to value the 29-year-old at €100m and aren’t interested in the Reds’ offer.

The report adds that only Divock Origi would interest Napoli if they were to take a fringe player off Liverpool as part of the transfer.