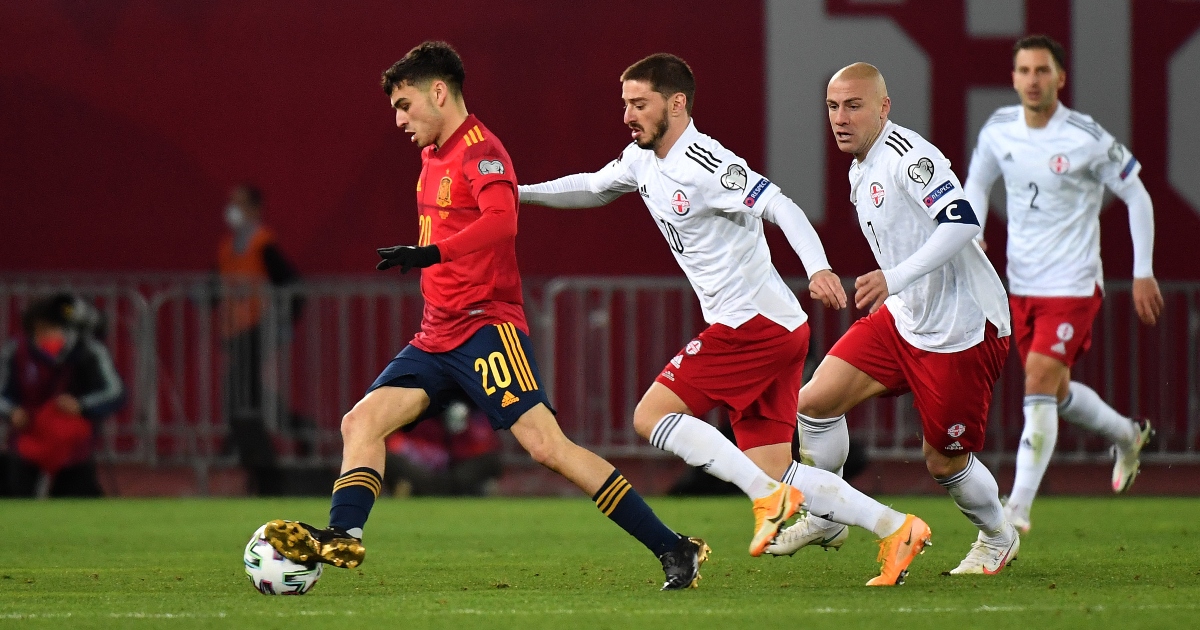 Liverpool have identified Barcelona wonderkid Pedri as a ‘priority transfer target’ this summer.

That’s according to Mundo Deportivo (via the Daily Star), who claim the Reds are stepping up their interest in the midfielder, who has been likened to Andres Iniesta (of course).

The 18-year-old has a £70million release clause, which could prove to be out of Liverpool’s reach, but with Georginio Wijnaldum on the verge of a move to Paris Saint-Germain, they will be on the lookout reinforcements in that area.

Pedri was signed for £18million from Las Palmas in the summer of 2019 before being sent back on loan to the Spanish club.

2020-21 was his first campaign in the Barcelona first team and he shone under Ronald Koeman, starting 28 La Liga games, notching three goals and three assists in the process.

The Catalans are looking to tie the midfielder down to a new contract amid interest from potential suitors, with Bayern also said to be keen.

But any potential transfer negotiations will likely have to wait with Pedri in Spain’s Euro 2020 squad.

Koeman has been accused of overworking Pedri this season, but the Dutch boss had identified the teen as an excellent prospect very early on.

Asked about his first impressions of his squad, Koeman said: “There’s one, his name is Pedri, signed from Las Palmas.

“I don’t know him, but they say he must be the new Laudrup, the new Iniesta, but I don’t know him. We’ll see. He’s the greatest talent in all of Spain.”

And Pedri says he’s indebted to Koeman, who has given him confidence to perform consistently.

He said: “He surprised me because I didn’t think he was the way he is. He takes a chance on youth team players.

“I would like him to continue and if not I wish him all the luck in the world. He has given me a lot of confidence.

“The day of the presentation I was in a restaurant, where I greeted him and he told me that he didn’t know me well and that I had to prove myself. Now he has given me confidence and I thank him for that.”