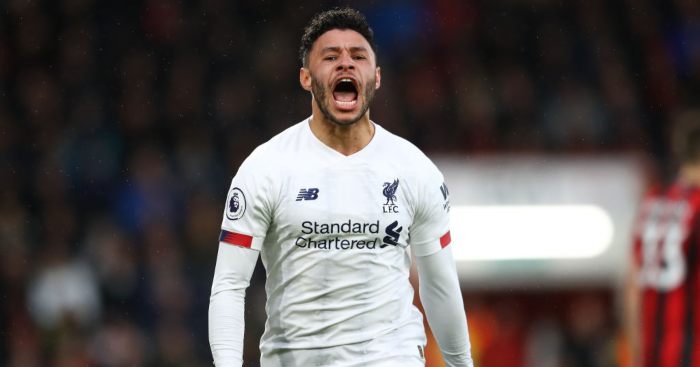 If you’re looking for Manchester derby mails, they are here. Mail us at theeditor@football365.com with more of your views…

Liverpool are simply phenomenal
Liverpool are comfortably the best team in the Premier League era when it comes to not winning the league. No other team can match our ability to not win it.

That is my fear that I live with. But, I’m going to massively enjoy the run either way because that’s what living this time should be about.

The Reds are so ridiculously good. And if Keita finally gets some luck with injuries and finds some form then we are going to become devastatingly good. Today was one of our most dominant performances of the season so there’s actually a chance that we might get better still. That is bloody exciting.

Incidentally your article about 3pm kick offs was spot on. They may as well auction off the rights and donate half the proceeds to grass roots football to get the lower leagues on board. If Winty sets up a petition on the government website I’ll be the first to sign it.
Minty, LFC

Unstoppable
How do you stop Liverpool scoring from a long diagonal ball without sitting too deep and vulnerable to the 2nd wave?
Aidan, Lfc (Cheering for Utd today felt filthy)

So, so clever
After making everyone almost believe that his backups were ‘not good enough’, four of the supposedly struggling players have scored at least once in the last twp games: Origi, Shaq, Keita and the Ox (maybe he is not in the struggling category but you know what I mean). Long may this continue!
MZ (cautiously trying not to jinx anything by mentioning ‘title’) Malaysia

Son goal: Not all that
Was that Son goal really that impressive? The distance between his starting point and the goal was massive yes, but it wasn’t skill and technique that got him to the other end of the pitch, he simply ran in pretty straight lines. Nobody went near him! The MOTD commentator proclaimed ‘You just don’t see goals like this anymore’. Correct, generally teams don’t allow players to run 70 yards without being tackled or even fouled.

Comparing goals is a controversial topic but have a look at Luis Suarez’s goal for Barcelona last night. The Mallorca defence did their best to interrupt the wonderful pass and move build-up but couldn’t get near them and Suarez’s finish was so unpredictable and bloody difficult to execute that the goalkeeper was totally fooled. Now that is a goal.
Damo, Dublin

Richarlison so good in the air
I know it’s stating the obvious after his last two goals, but Richarlison is seriously good in the air. I feel like if he could bring the same level of intensity and bravery to the rest of his play he’d be a world beater. He’s a bit of a throwback winger when he’s on form.
Jamie O’Sullivan

Everton v Chelsea conclusions
1. The way some Chelsea fans use “pressing” to justify the inclusion of Mason Mount in every starting lineup, you’d think he is the one who presses grapes in a wine factory. For a number 10, he was shocking today. Zero creativity, and missed a lot of chances. I think he needs a rest and competition. Go get Van Beek from Ajax (cos no one knows which RLC would turn up after such a long spell on the sidelines. See CHO.)

2. Does Lampard watch his opponents’ games? Cos if he does, he’d have seen that Liverpool scored a lot of goals on Wednesday with long balls over the top of the defense. That’s not a weakness that Everton could have corrected in three days. But he dropped the only midfielder who could provide him that option in Jorginho.

3. Speaking of that midfield. As much as I love Kante, I think the Kante/Kovacic partnership doesn’t work. Against teams that will let you have all the possession, you need a midfielder who can use that possession effectively and see passes no one else can see. Enter Jorginho. That was the reason his partnership with Kovacic when Kante was injured was so good. And the attacking players only play well when he plays, because he scans the field before he receives a pass and knows where everyone is. And he has the ability to bypass a midfield with one pass. And that was what Kante lacked today. Tried to run forward with the ball so many times, and ended up crowding the number 10 space and colliding with Mount. As sad as I am to say this because I love Kante, Kovacic/ Jorginho are our best midfield duo. (No way Kante picks that pass to Abraham against Watford)

3. Credit to Everton. Their plan to bypass the Chelsea midfield by playing long balls worked a treat. They were never going to stand a chance in midfield, so they played to their strengths. Duncan’s instructions were clear from the beginning. Put the ball in the Chelsea box for Richarlison and Dominic Lewin to attack, cos the Chelsea defense can’t defend crosses.

4. Lampard needs to stop chopping and changing the defense. Brim back Tomori to partner Zouma till Rudiger returns. Then partner Tomori with Rudiger permanently. Christensen is a disaster waiting to happen.
And when the window opens, throw the kitchen sink at Inter’s Skrinier ( Koulibaly is 29. Would soon decline). And how soon can we get a good left back because Azpilicueta is all passion but has the football brain of a pendulum.

5. Don’t give Willian a new contract, his footballing brain is as dense as his hair. Sign Ziyech for 45M, and send Odoi to the Vitesse training school.
Ekemini (Wish I could put Zouma and Azpi in this bracket and flog them) CFC

How do things go so wrong?
Could someone send in a synopsis from a PhD study in whatever subject it would be – Business? Management studies? – so we can get a handle on why Arsenal, Everton and Stoke (maybe chuck Sunderland into that) have managed to implode so spectacularly in the last few years? I’m not talking about the ebb and flow of fortune a la Spurs or Man U (you are nowhere near as f***ed as you think), or the asset stripping shitshows like Bolton and Portsmouth. I’m talking about the kind of scenario where words like ‘rudderless’, ‘toxic’ and ‘unmanageable’ are bandied about while an ever expanding cast of hopefuls bite the dust. Reputations of new players and managers plummeting in an inverse correlation to the bank balance of their billionaire owners. If there isn’t a PhD study on it yet, there’s a lot of scope. Get on to it, clever people. You know, before we hand another of our clubs to clueless morons.
Tim SCFC (a big shout out to Steve Bruce sticking it to the man).