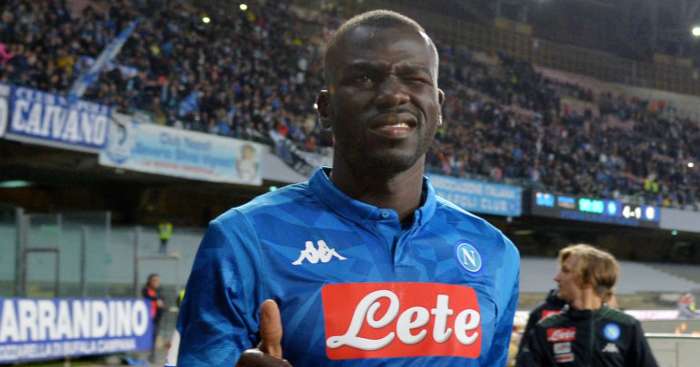 Liverpool are reportedly at the ‘front of the queue’ in the race to sign Napoli centre-back Kalidou Koulibaly.

The Senegal star has developed into becoming one of the world’s premier central defenders over the past few years.

His talents have never been in doubt, and have been showcased to English audiences with a series of impeccable performances versus Liverpool in the last two Champions League group stages.

Despite being 29-years-old, Koulibaly is performing at a standard as high as ever, leading to widespread interest.

Liverpool and Man Utd were both recently put on notice after Napoli boss Gennaro Gattuso made a surprising admission regarding his squad.

But it is Liverpool who have the upper hand according to the Italian press.

Online outlet Tuttomercatoweb (as cited by SportWitness), note that Jurgen Klopp’s side are ‘above all’ in the running.

Liverpool’s interest is confirmed, with Koulibaly described as ‘widely expected to leave Napoli this summer.’

One stumbling block is voiced, however, coming predictably on the financial side.

Despite the very real threat of failure to qualify for next season’s Champions League looming, Napoli are expected to hold out for a gargantuan fee.

The price tag of €100m (£90.5m) is stated as being ‘requested’ by Napoli chief Auerlio De Laurentiis.

Liverpool recently indicated a lack of financial muscle was behind their decision to opt against triggering Timo Werner’s release clause.

Therefore, it seems unlikely any bid for Koulibaly would be forthcoming, unless Napoli alter their asking price accordingly.