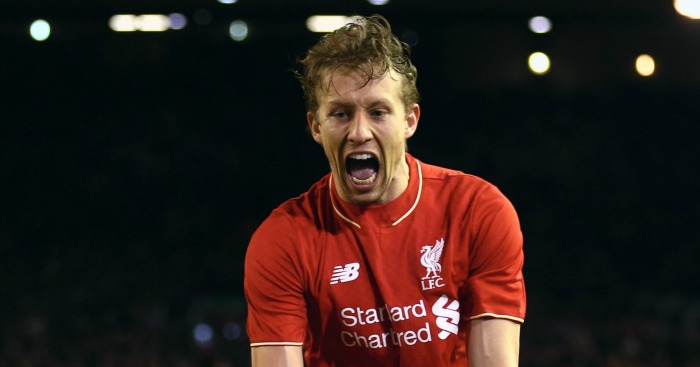 Jordan Henderson is set to become Liverpool’s longest-serving player, with the club accepting a £5million bid for Lucas Leiva.

Leiva spent this past season as back-up at both centre-half and in midfield, making 31 appearances.

The Brazilian’s contract at Anfield runs for 12 more months, but the club have reportedly accepted a £5m bid from Lazio.

A number of Italian clubs have been linked with Lucas, including Napoli, with Liverpool left to either keep an experienced squad member or sell him to fund more summer moves.

The club have made two signings so far, with Dominic Solanke and Mohamed Salah arriving.

Andre Wisdom is the only player they have sold for a fee this summer however, with the defender moving to Derby for £4.5m.

Liverpool are in line to receive £500,000 more for Lucas, who joined in 2007 and has won one trophy in a decade of service at the club.

That would leave Henderson as the club’s longest-serving player. After that, it’s Jon Flanagan. Eesh.