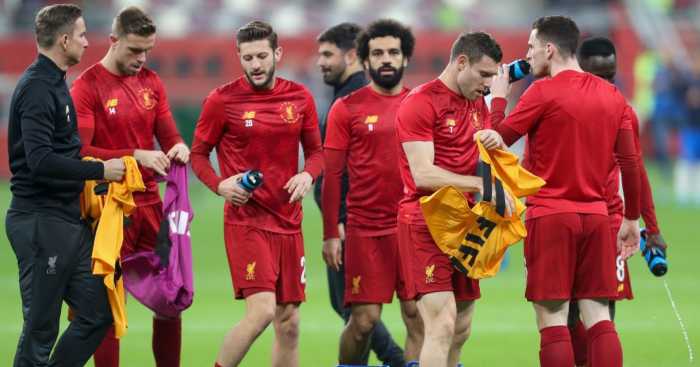 Jurgen Klopp “would be looking” to sign Adam Lallana for Liverpool “if you go back five years”.

Lallana is likely to leave Liverpool this summer upon the expiration of a contract he extended in February 2017.

The England international has been a crucial part of Klopp’s Liverpool revolution, the 31-year-old unfortunately working with the manager towards the latter part of his playing career.

Lallana perhaps summed up the change of managers between Klopp and Brendan Rodgers in the former’s first game in October 2015, collapsing into the German’s arms after pressing the life out of some gegens.

But he will now consider options ranging from Leicester to Arsenal or Tottenham and even Manchester United, if Troy Deeney had things his own way.

Liverpool legend Thompson regrets that Lallana was inherited relatively late by Klopp and suggests he fills a creative role so well that he would have been targeted “if you go back five years”.

“If you go back five years you’d be looking to bring Lallana in,” he told Sky Sports. “He’s the creative one in that hole behind Bobby Firmino, and I think that is an important place we can look to strengthen.”

“I do think we need a bit of a creative player. I know they’re talking about Adam Lallana going, but he is that sort of player.”

Thompson also expressed his desire for Liverpool to strengthen at left-back, where Andy Robertson has started 27 Premier League games this season and James Milner has filled in twice.

“I think we do need a back-up for Andy Robertson. He does play a lot of games,” he added.

“Neco Williams, at right-back, I do see him being able to cover for Trent, but I think at left-back, Larouci, the young lad we have is a really good player, but I think we need someone a bit more experienced.”